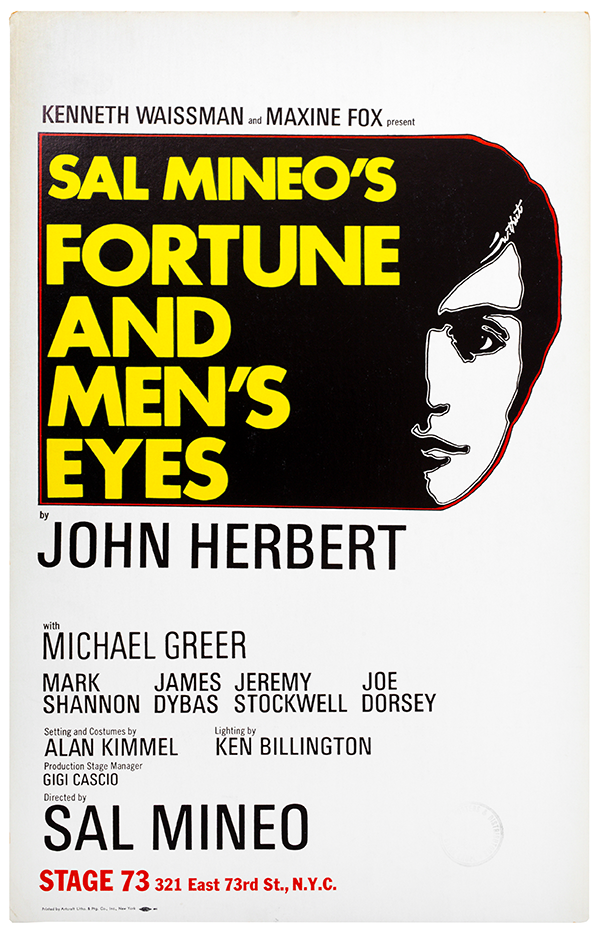 “The play was inspired in part by Herbert’s own experience; he spent four months imprisoned in a youth reformatory after having been convicted of wearing drag in 1947. The character of Queenie in the play is an authorial self-insertion.

Wikipedia: “Herbert encountered difficulties in getting the play staged. After being rejected by several directors, Herbert, on the recommendation of Robertson Davies, who frequented the University Club at which Herbert worked as a waiter, sent the script to Douglas Campbell at the Stratford Festival. Campbell accepted the play for the festival’s young actors workshop and assigned it to Bruno Gerussi to direct, but the Stratford Festival’s board of directors forbade the production from being staged publicly…

“Many reviewers were shocked by the subject matter. Reviewer Herbert Whittaker wrote in The Globe and Mail that the play was ‘the art of washing our dirty linen in the neighbor’s yard.’ [Canadian theater critic] Cohen wrote in the Toronto Star that the play ‘lifts the carpet and shows what is underneath’, and that ‘it asks deeply disturbing questions about long-established personal and social assumptions. It does not enrich our vision. It undermines it.'”