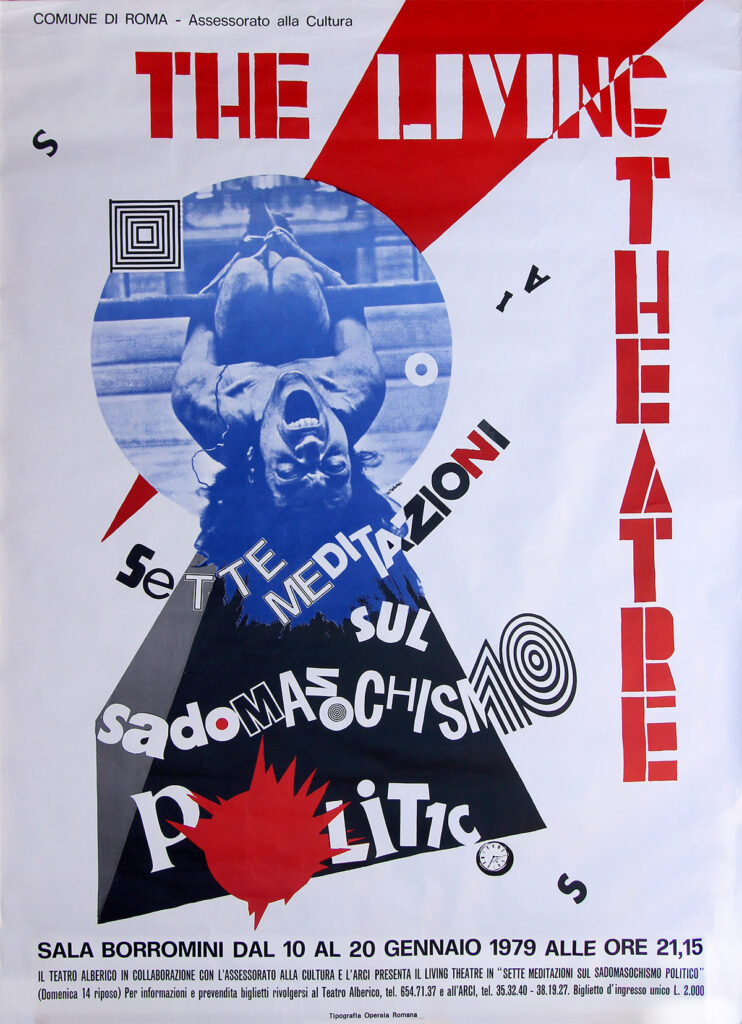 Poster for a 1979 Roman theatrical run of the Living Theatre, an avant-garde theater company founded in New York City by Julian Beck in 1943.

“The spectators were proposed, in sequence, seven types of actions or statements concerning different topics and which had at the base a relationship identified as a sadomasochistic type:

— Sexual love and its dynamics of domination and submission

— Private property and its influence on human relationships

— The power of money and its ability to dehumanize people

— Capitalism as a culture of death

“For each of these meditations, after or during a scene, the actors addressed the audience asking the question: ‘What can we do?’ and therefore trying to start a constructive dialogue with them. Particularly impressive was the torture scene, where the actor had to hang from a bar upside down, naked and with an electrode inserted into the anus. This scene brought the Living various accusations of obscenities, but it was now typical of the group to stage real inventories of horror and repression, in an absolutely realistic way.” (Wikipedia)