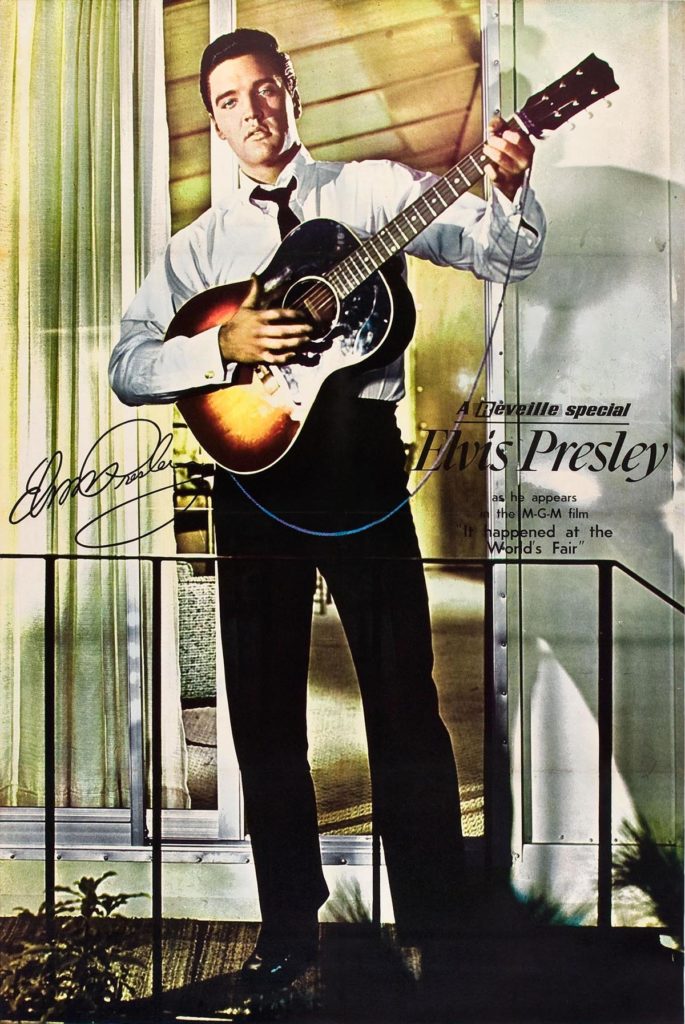 Vintage original 40 x 60″ (102 x 153 cm.) poster, USA. Elvis Presley, Joan O’Brien, Gary Lockwood, Vicky Tiu, Yvonne Craig, dir: Norman Taurog; MGM. Filmed at the Seattle World’s Fair of 1962, this is a time capsule. Great musical moments from Elvis. Elvis is seen as he appears in the film, holding a Reveille guitar. This special poster was approved by MGM as a merchandising piece to cross promote the guitar and the film in music stores. A facsimile of Elvis’-signature appears boldly at the left. Poster was originally folded, but it was on thin paper, and it was in very clean condition to begin with. NEAR FINE on linen.