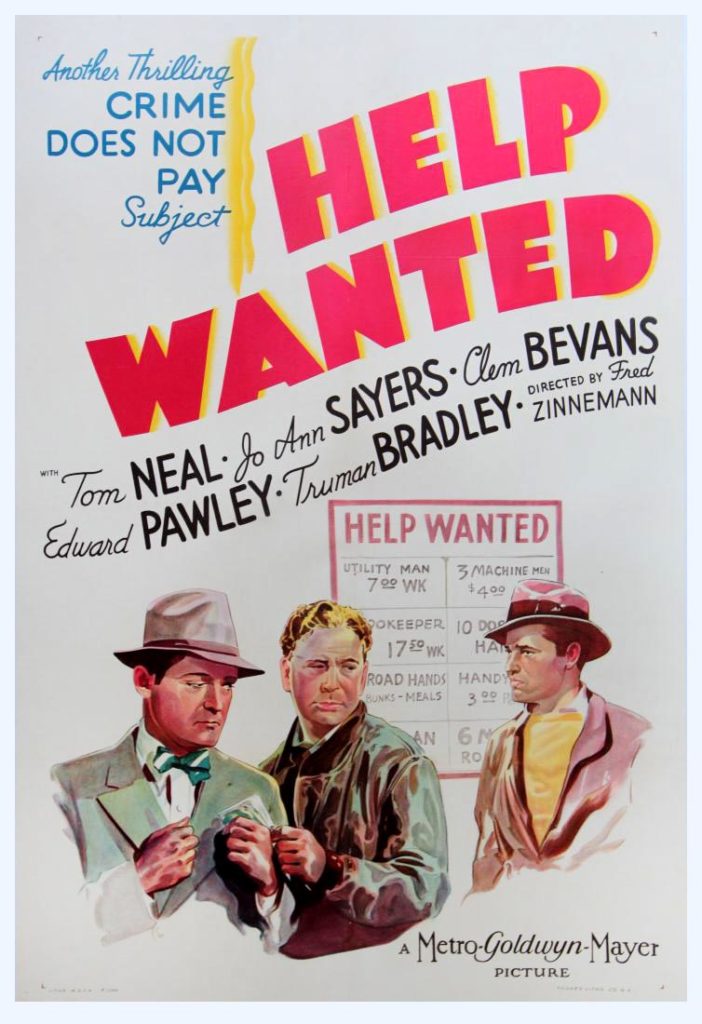 MGM had their star-making process well-assembled by 1939, and this applied to directors as well as all other creative jobs at the studio. Up-and-coming directors cut their teeth on the short films which would fill out the bill for an evening in the theatre, with newsreels, cartoons and the feature.

Academy Award-winning director Fred Zinnemann proved himself competent by making a long list of shorts between 1937 and 1942. Amongst the shorts series at MGM were the Crime Does Not Pay-series entries. This story concerned the corruption involved in exploiting unskilled labor. Tom Neal would spend years in shorts and playing supporting roles until 1945, when he landed the lead in the top noir Detour. He is the character at the right on the poster.