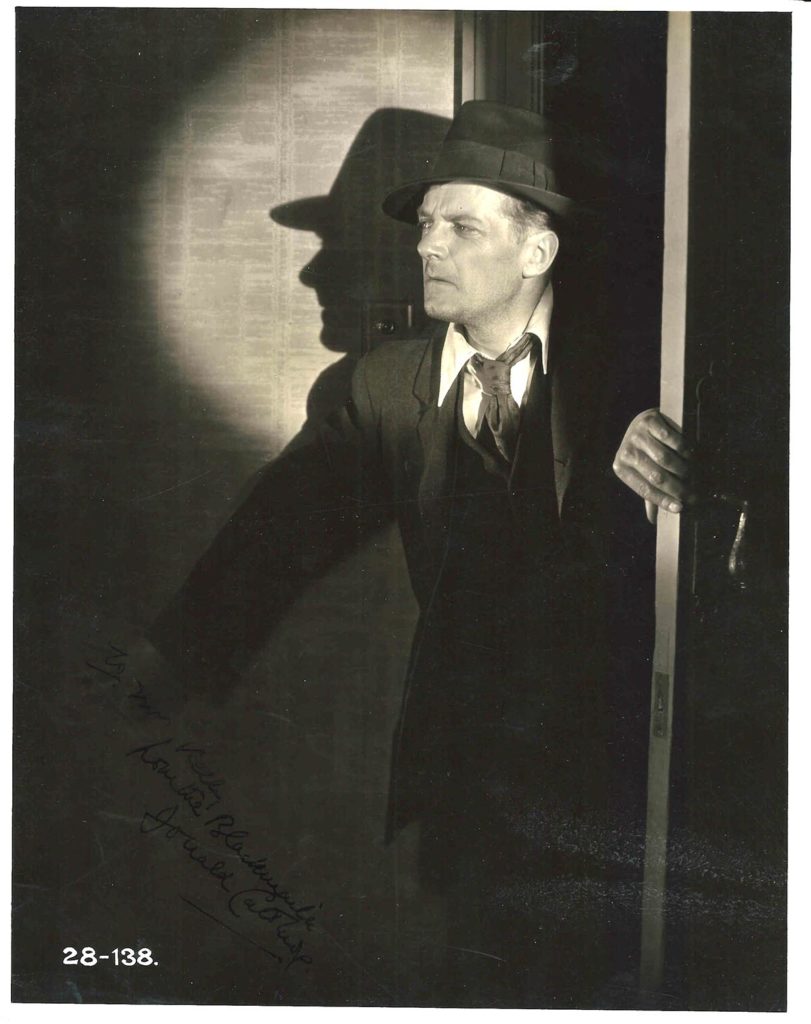 Here is a rare portrait of Donald Calthrop who plays Tracy. Calthrop appeared in three other Hitchcock films of the period, Murder!, Elstree Calling and Number 17. He has inscribed and signed this image, “To Mrs. Kelly / love / TheBlackmailer / Donald Calthrop.” Photo is coded “28-138”. Very minor wear, FINE.