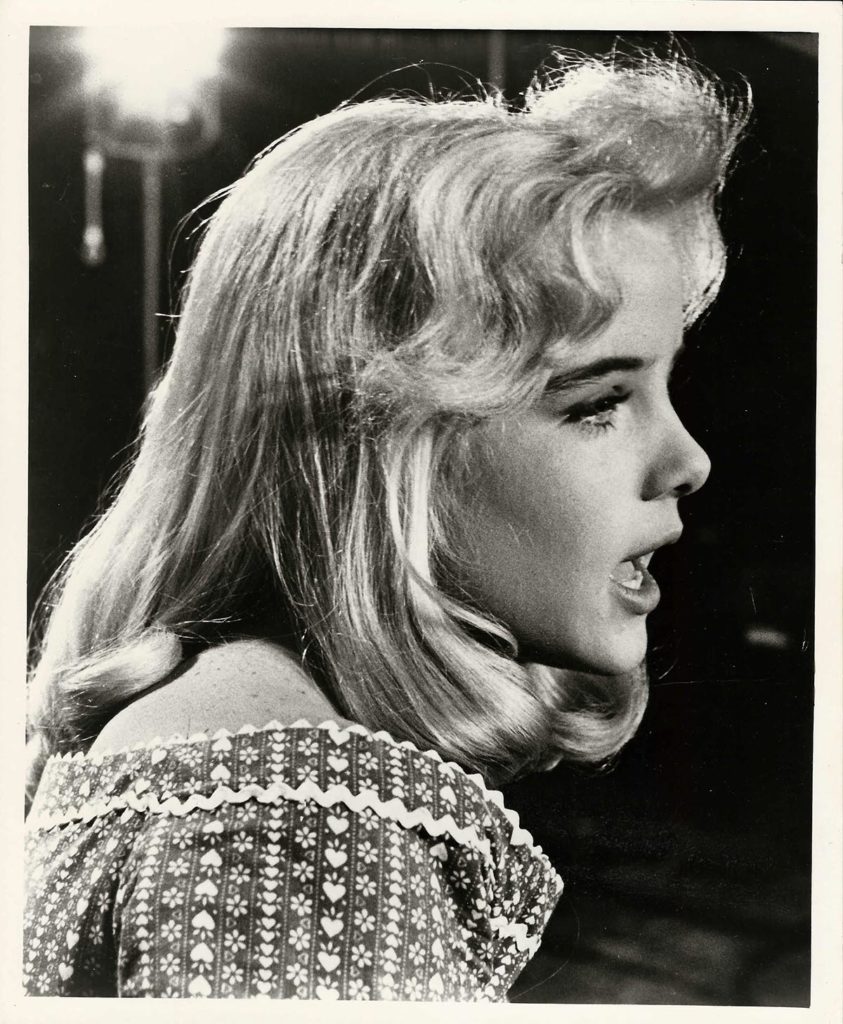 Vintage original 10 x 8″ (25 x 20 cm.) black-and-white single weight glossy silver gelatin print still photo, UK. James Mason, Shelley Winters, Sue Lyon, Peter Sellers, Lois Maxwell, dir: Stanley Kubrick; MGM. One of the most iconic movie posters of all time. An extremely rare behind-the-scenes portrait image of star Sue Lyon, as photographed by Stanley Kubrick himself. Although many photos from this film have been attributed to Kubrick, this is the only one we have ever handled which can be clearly identified as his work.

Very controversial was the novel by Vladimir Nabokov (who did the adapted screenplay) about a 40-something French literature professor and his obsession with the 12 year-old daughter of his landlady. And very controversial to this day is the film. The censors were after the script from day one, and Lolita’s age had to be raised to 14. In the end, Kubrick  uncredited  actually wrote much of the script as presented on screen. Nevertheless, it was Nabokov who received the Academy Award nomination for Best Writing – Screenplay based on material from another medium.

The verso of the photo includes a blurb about the production and states that Kubrick is the photographer. The film is about to go into production, according to the text. Very minor wear, ABOUT FINE.