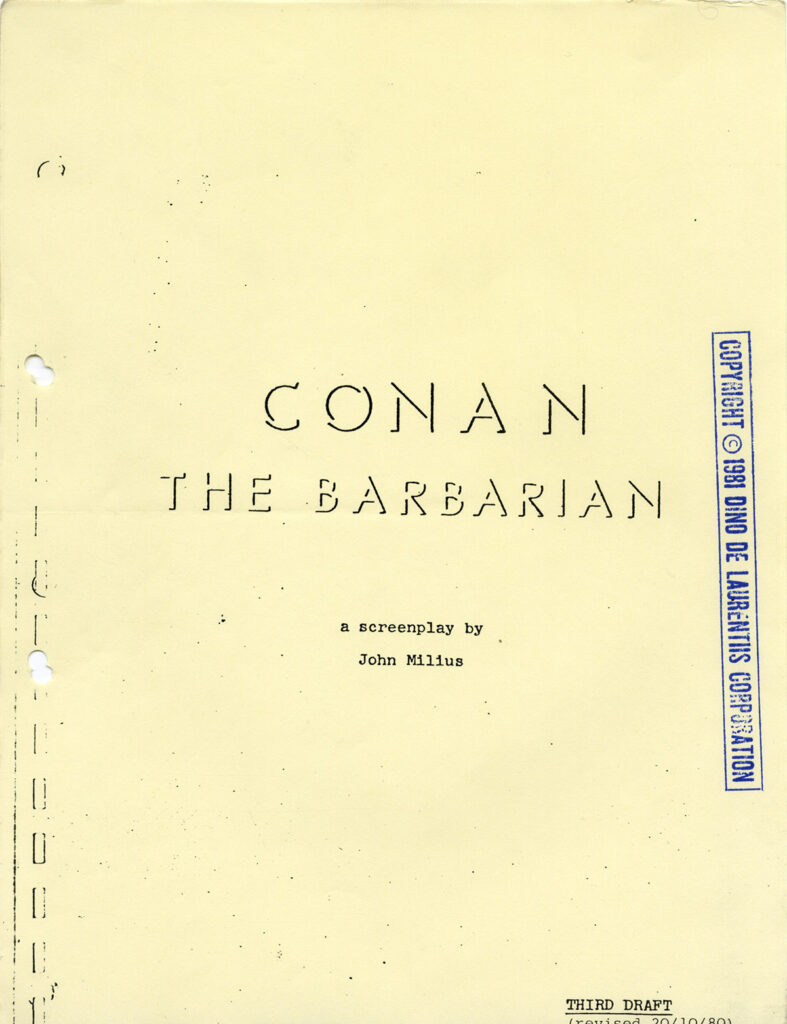 CONAN THE BARBARIAN was a Hollywood project which took over a decade to be realized. Originally, it was in the hands of producer Edward Pressman, who got Oliver Stone attached as screenwriter. Eventually, Pressman sold the rights to producer Dino De Laurentiis, who brought in John Milius, who completely rewrote the script, which was adapted from Robert E. Howard’s Conan stories, but with other elements of the screenplay clearly derived from such Japanese film classics as Akira Kurosawa’s THE SEVEN SAMURAI (1954) and Masaki Kobayashi’s KWAIDAN (1965).

The film made Arnold Schwarzenegger into a major film star.