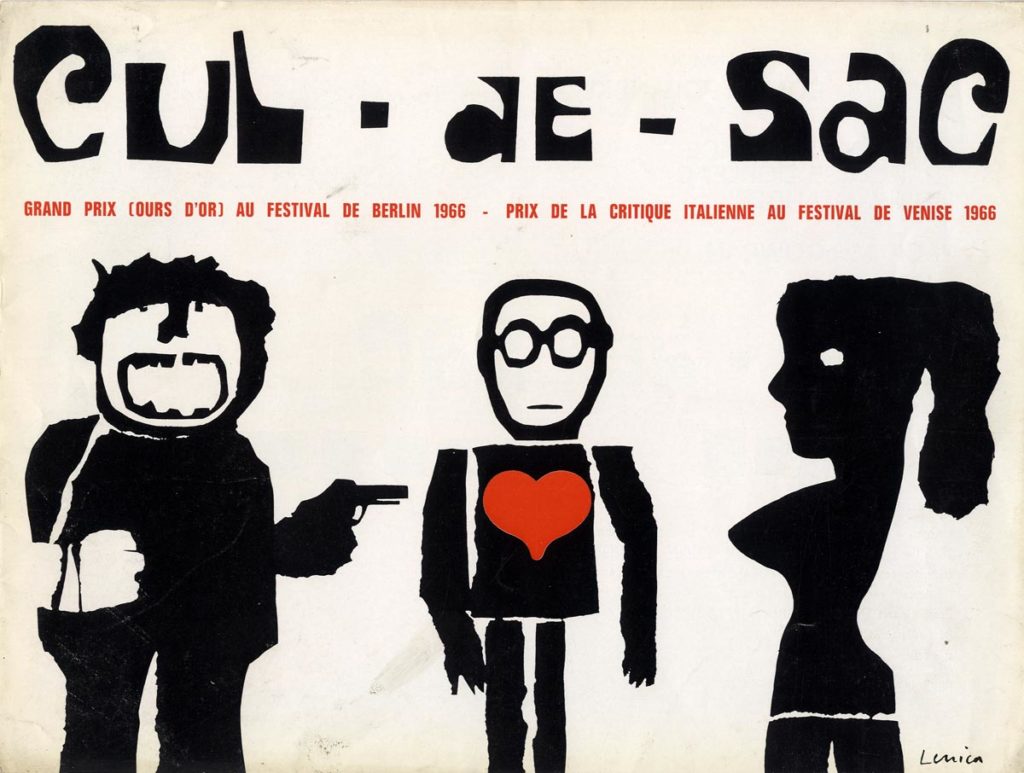 London: Compton Films, 1966. Vintage original French pressbook, 9 x 12″ (23 x 30 cm.) for the 1966 film. Roman Polanski’s third film, and second film in English, from a screenplay by Polanski and his frequent collaborator, Gerard Brach. Compared since its release to Harold Pinter and Samuel Beckett in terms of tone and theme, Cul-de-sac is a psychological thriller of the first order, exploring themes of horror, frustrated sexuality, and alienation — concepts the director has mined and evolved for decades with great invention.

A striking illustrated design appropriated from the original poster artwork, with stark photographic images from the film throughout. Oblong, saddle-stitched, two-color self-wrappers, NEAR FINE.