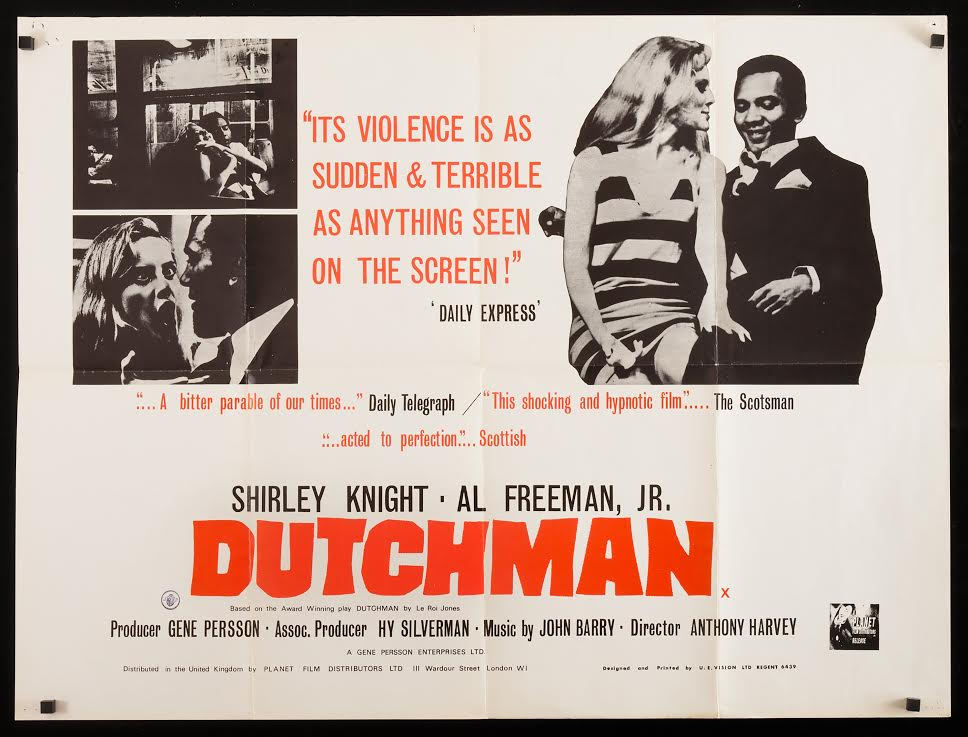 Film of the LeRoi Jones one act play of the same name. Bogle, p. 77: “By its conclusion, perhaps better

than any other piece of dramatic writing of the 1960s, articulates what many then felt were the only

options left open to a black man in white America: either he can survive by joining the ranks of the black