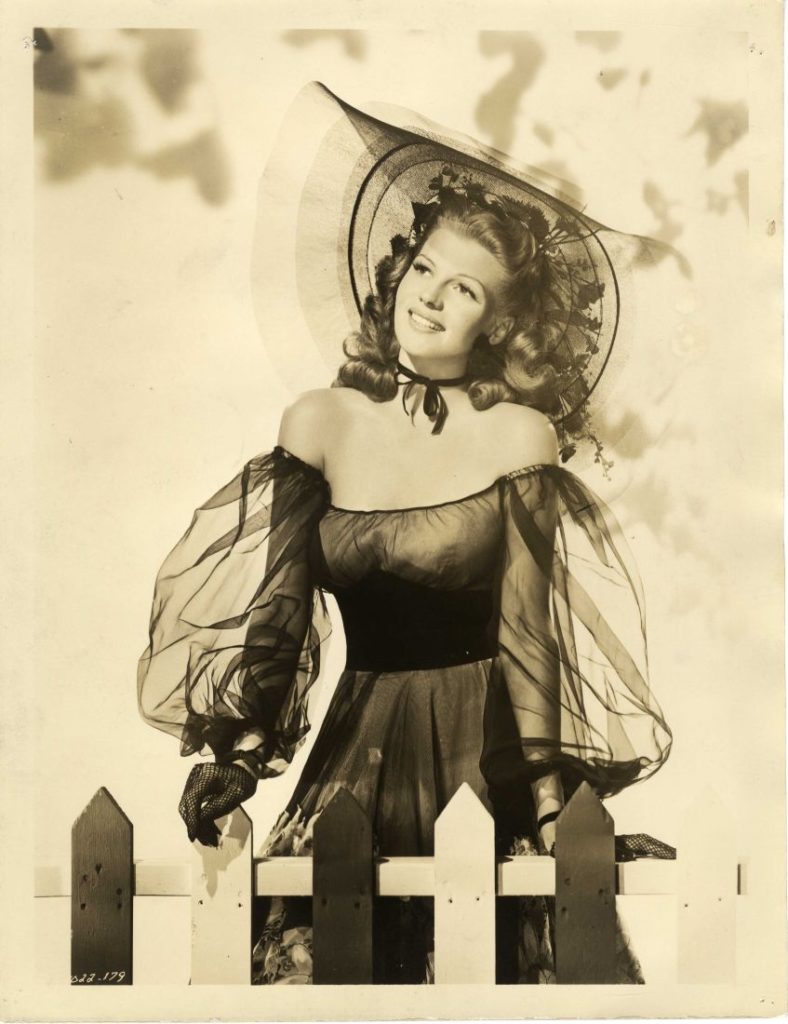 Vintage original 11 x 14″ (28 x 35 cm.) sepia-tinted double weight glossy gelatin silver print still photo, USA. Rita Hayworth, Lee Bowman, Janet Blair, Marc Platt, Leslie Brooks, dir: Victor Saville; Columbia. The title refers to a theatre troupe in London which never missed a performance during the duration of World War II. A Life Magazine photographer visits from America to do a story on them.
With Jack Cole-choreographed dances, stupendous Technicolor art direction and cinematography (Academy Award-nominated Rudolph Mate, who often photographed Hayworth) and costumes by Jean Louis and Marcel Vertes, this was the most spectacular musical Columbia produced for 1945. This film marked the first time that Rita Hayworth’s name appeared above the title.
Rita became pregnant just as the film went into production, so all of the musical numbers were filmed before her condition became visible (as was this portrait still). For this lovely portrait, Rita is seen in her Jean Louis costume for the music hall number “Anywhere.” She shared the number with Vaudeville xylophone performer Professor Lamberti, and the song won an Academy Award nomination for writers Jule Styne and Sammy Cahn. Still is coded 179. Two pinholes each at each of the four corners. Slight crease at bottom left corner. NEAR FINE.