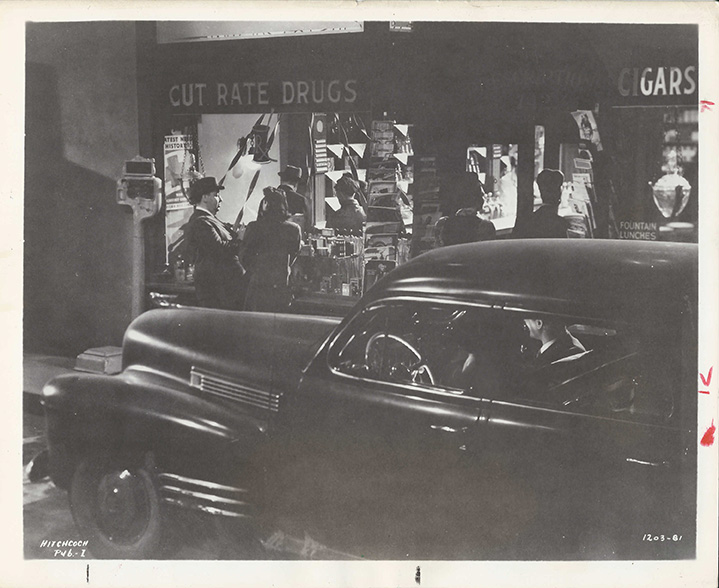 Vintage original 8 x 10” (20 x 25 cm.) black and white single weight glossy silver gelatin print still photo, USA. Priscilla Lane, Robert Cummings, Otto Kruger, Alan Baxter, Clem Bevans, Norman Lloyd, Alma Kruger, dir: Alfred Hitchcock; Universal. Superb chase movie about a man wrongly accused, always so well executed by the great Alfred Hitchcock. Highly suspenseful, Hitchcock used unusual locations such as the Statue of Liberty, Boulder Dam, a blind man’s home, a circus caravan, and a factory with a fire, to stage his tale. In this story Barry Kane (Robert Cummings) is falsely accused of starting a factory fire in an aircraft plant. He goes on an adventure to find the real saboteur, a mysterious Mr. Fry (Noman Lloyd in his first movie role), whom he eventually confronts atop the famous statue. This is an extremely rare image of Hitchcock’s cameo appearance in the film. This is the first time we have had the privilege to offer this photo. It is coded 1203-81 and includes the original paper blurb on the verso, which is loose. There are some publishing sizing marks on the blank white margins. NEAR FINE.