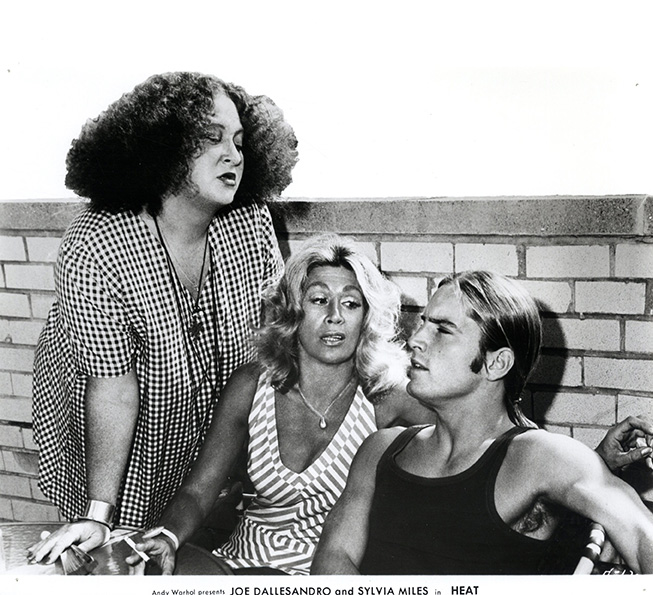 “Joey Davis (Dallesandro) is an unemployed former child star who supports himself as a hustler in Los Angeles. Joey uses sex to get his landlady to reduce his rent, then seduces Sally Todd (Miles), a former Hollywood starlet. Sally tries to help Joey revive his career but her status as a mediocre ex-actress proves to be quite useless. Sally’s psychotic daughter Jessica (Feldman) further complicates the relationship between Sally and the cynical, emotionally numb Joey.” (Wikipedia) Five of the six photos have been trimmed for publication, generally to 7 ½ x 9 1/8” (19 x 23.5 cm.), VERY GOOD+.