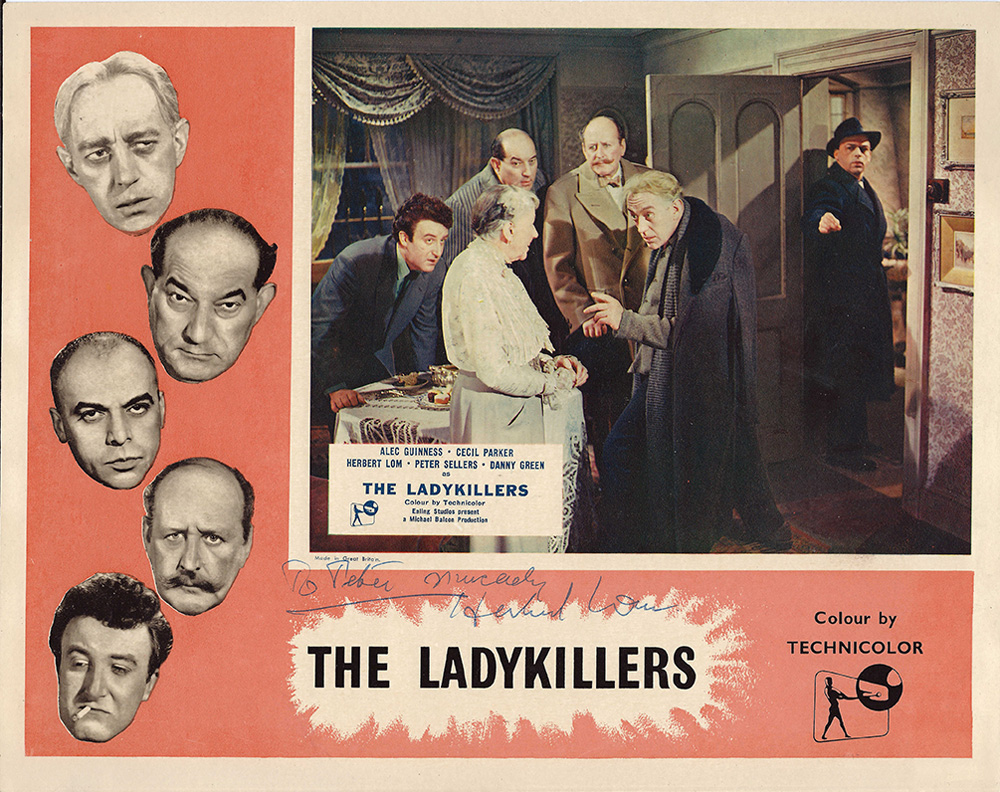 The “gang” of oddball criminals posing an ensemble of musicians (but who are really planning a “job”) are assembled for rehearsal in this deluxe country of origin lobby card when they set out to kill the always present landlady Mrs. Wilberforce, they run into all sorts of problems.  The gang is pictured here with the lady. The Academy presented the original screenplay by William Rose with a nomination. Herbert Lom, who plays “Mr. Harvey” has signed this card and is seen in the doorway.   A very clean card which does not appear to have been used. FINE.