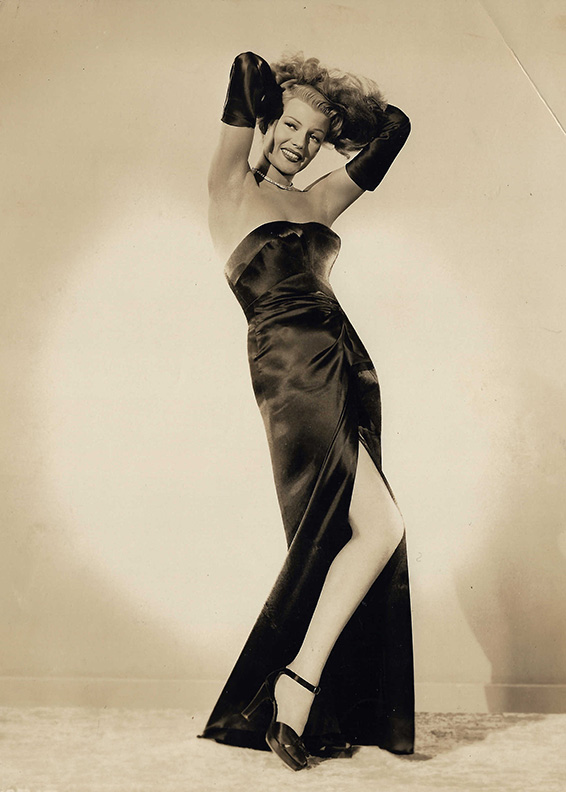 This image is from a sitting which is amongst the most famous publicity photo shoots of all time, utilized fully and in part for scores of publicity campaigns for the film and the star. Hayworth is featured in what is likely her most famous costume, a gown designed by Jean Louis. In the film she performs the musical number “Put the Blame on Mame” while wearing this gown. To this day Hayworth’s performance is most appealing not only because of her sex appeal, but because of her pathos and vulnerability

The photo has likely had its’ borders trimmed and there is a diagonal crease near the top right corner.  The verso bears the ink stamp of the photographer, “Columbia Pictures Photo By Coburn.” NEAR FINE.