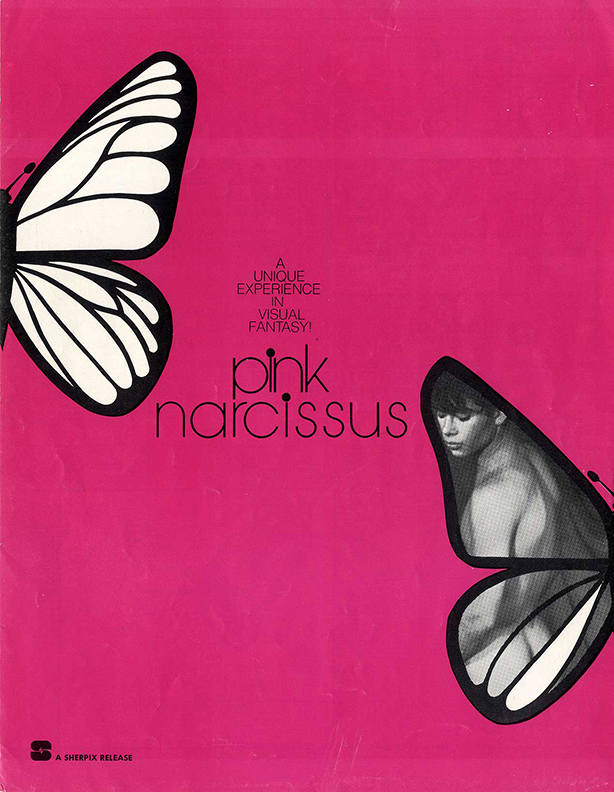 “Between visits from his keeper, or john, a handsome male prostitute (Bobby Kendall), alone in his apartment, lounges, fantasizing about worlds where he is the central character. For example, he pictures himself as a matador, a Roman slave boy and the emperor who condemns him, and the keeper of a male harem for whom another male performs a belly dance.

“The film is mostly shot on 8 mm film with bright, otherworldly lighting and intense colors. Aside from its last, climactic scene, which was shot in a downtown Manhattan loft, it was produced in its entirety (including outdoor scenes) in Bidgood’s small New York City apartment over a seven-year (from 1963 to 1970) period and ultimately released without the consent of the director, who therefore had himself credited as Anonymous. He said in an interview, ‘See, why I took my name off of it was that I was protesting, which I’d heard at the time that’s what you did…’

“Because the name of the filmmaker was not widely known, there were rumors that Andy Warhol was behind it.[1] In the mid-1990s, writer Bruce Benderson began a search for its maker based on several leads and finally verified that it was James Bidgood, who was still living in Manhattan and was working on a film script.[3] In 1999, a book researched and written by Benderson was published by Taschen about Bidgood’s body of photographic and filmic work. Bidgood’s unmistakably kitschy style has later been imitated and refined by artists such as Pierre et Gilles.