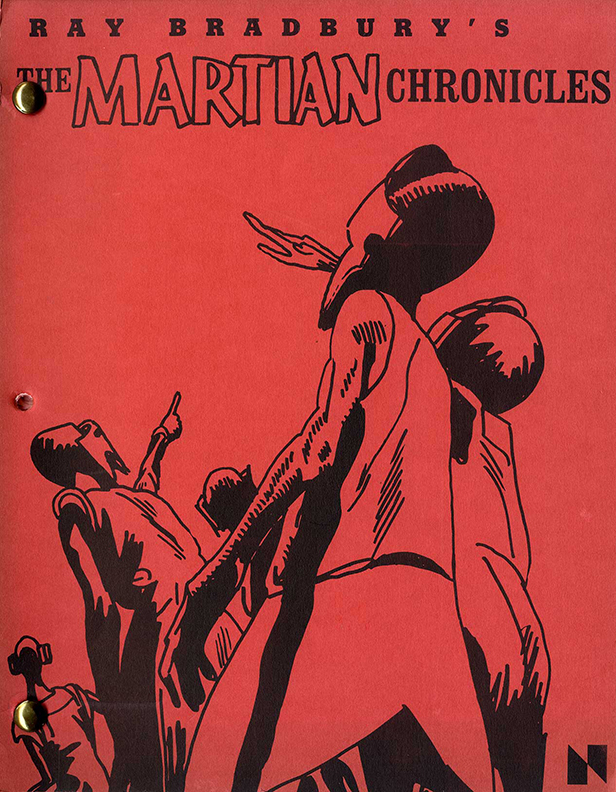 A significant script, in that this is a rare example in film history of an admittedly great science-fiction writer adapting the work of another great writer. Matheson was, of course, a friend of Bradbury’s, who had started as a younger member of Bradbury’s literary circle.

The resulting film was quite controversial when screened on NBC in 1980. It was criticized for its slow pace, at a time when STAR WARS and then THE EMPIRE STRIKES BACK were awakening a new audience for fast-paced science-fiction movies. Some more recent reappraisals of this film now consider it to be deliberately contemplative. Matheson did take Bradbury’s set of episodic tales and connected them with a linear narrative. Memorably, one character, Major Jeff Spender, has the line: “Us Earthmen have a talent for ruining things. If there are any Martians alive in those hills, they’re going to grow to hate us.”