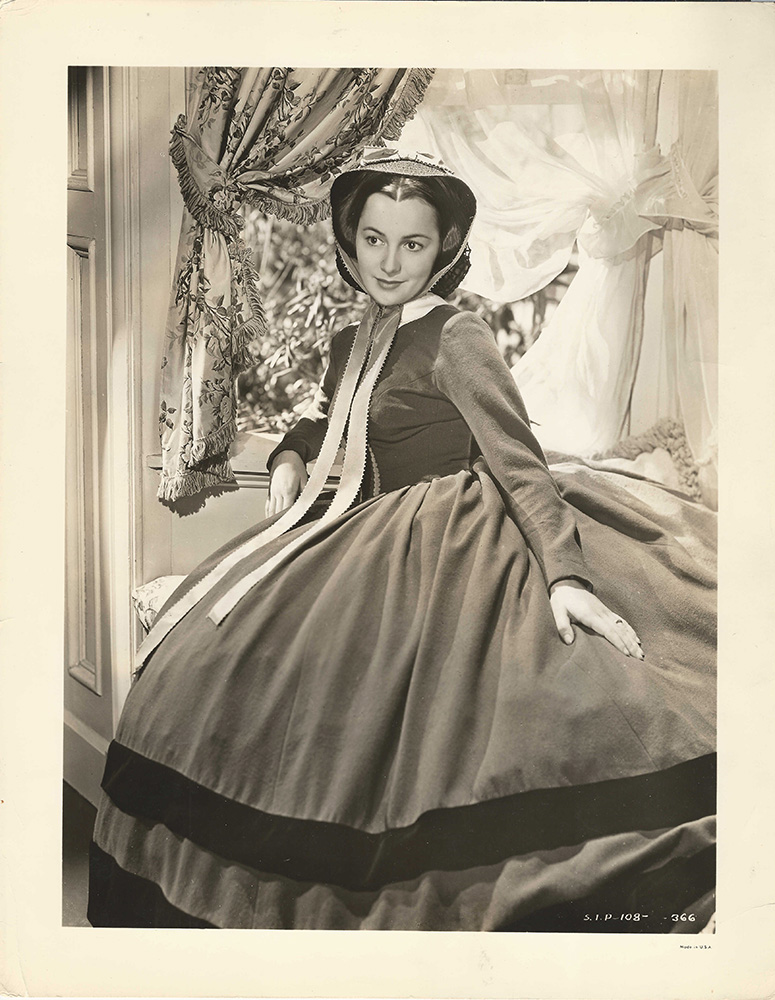 SIP 108-366 Is a beautiful portrait of Olivia de Havilland in her role of Melanie Hamilton Wilkes. Olivia so wanted the role in this film that she begged her boss Jack Warner to loan her out. Realizing it would be a good political move for all involved, Warner relented, though when she returned to Warner’s it was for a role in support of Bette Davis. Olivia was nominated for the Academy Award for Best Supporting Actress, but when she saw the work of Hattie McDaniel, she knew that McDaniel deserved the win. Today, de Havilland is the only major cast member still with us. Only minor creases at corners. ABOUT FINE.