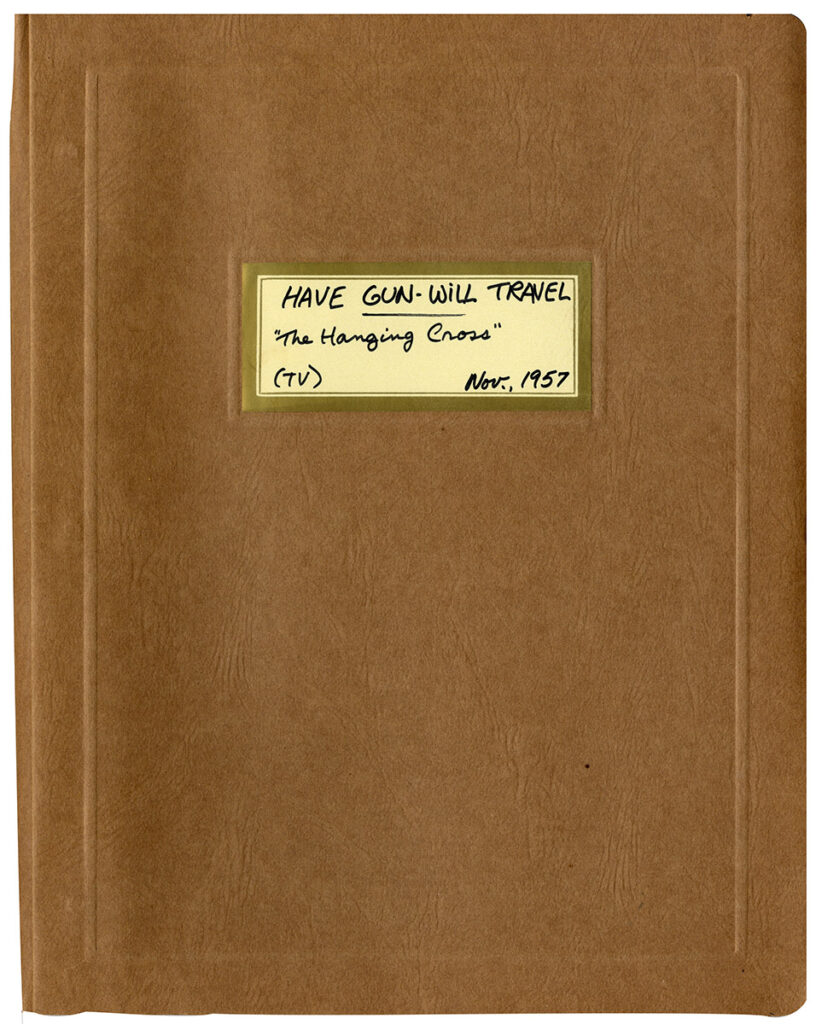 This script belonged to child actor Johnny Crawford, who signed it on title page and again on blue revision page. He circled his dialogue for the role of “Boy” and added some doodled drawings to the versos of a few pages.

HAVE GUN – WILL TRAVEL was an enormously successful Western television show which starred Richard Boone and was on CBS from 1957 to 1963. “The Hanging Cross” was the 15th episode of the first season, broadcast on December 21, 1957. Written by Star Trek creator Gene Roddenberry and directed by Andrew V. McLaglen.