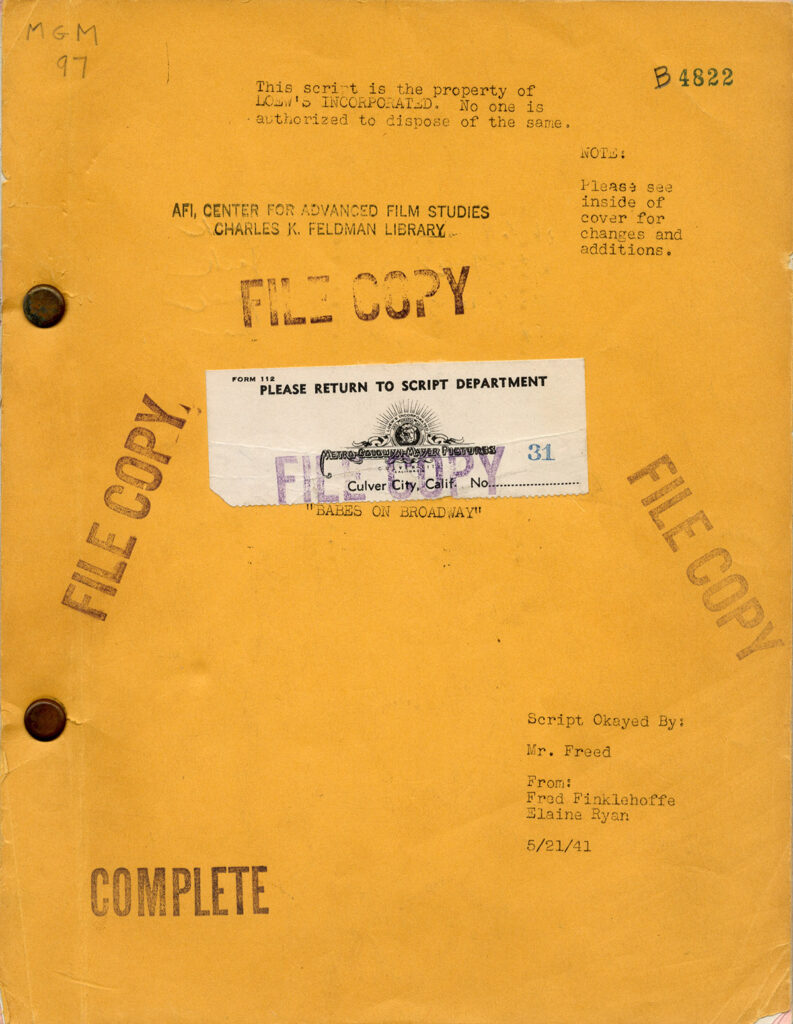 Script for one of the classic Judy Garland-Mickey Rooney musicals. Directed by Busby Berkeley, this was the third of the series of Garland-Rooney musicals.

Some notes of interest include: the song “How About You?” was added on 8/29/41.  Though the block party sequence is written on 10/7, an added scene about the planning of the block party is added as late as 11/4, indicating an added scene which was filmed after initial production. The introduction to the Ghost Theatre scene is written on 10/7, thought the song sequence which followed is written prior on 7/3. Though the script includes “THE END “on the last page, the major production number which concludes the film is only indicated as “Babes on Broadway”.   Filming well into Nov. of 1941, the movie premiered the very last day of 1941 and was nominated by the Academy for Best Song.