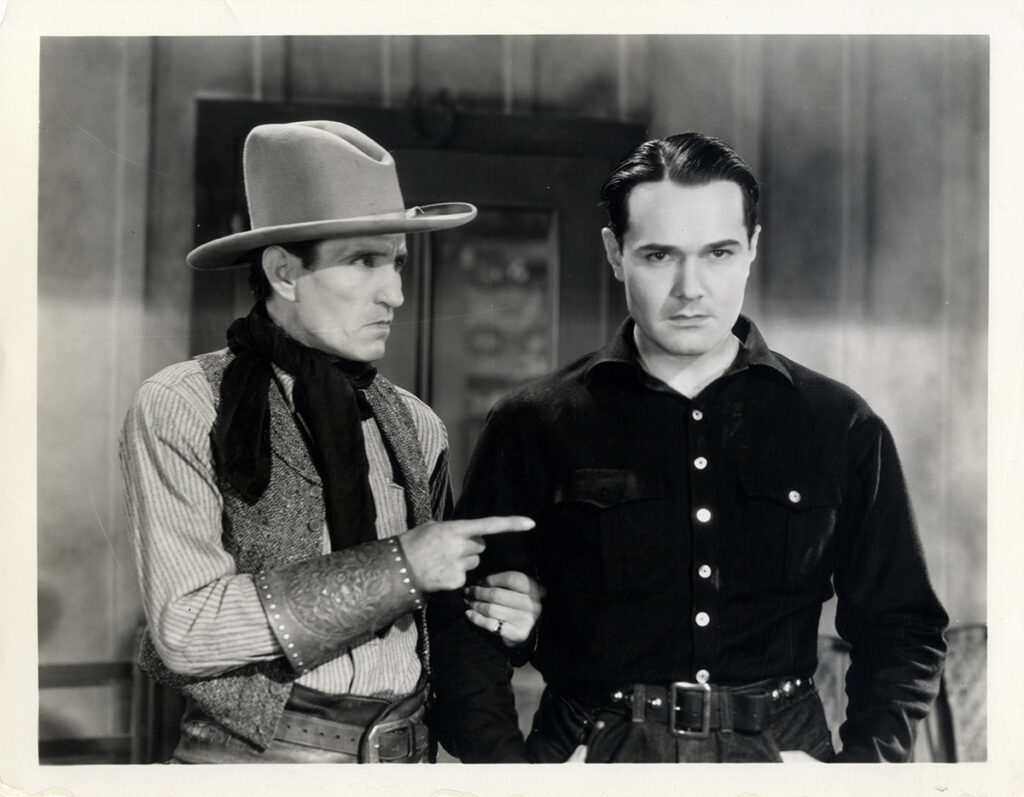 WAY OUT WEST is a romantic Western film, in which Leila Hyams co-starred as Haines’ romantic lead.