Movie lobby cards are a uniquely American creation. They are a hybrid of movie posters and, usually, movie star photos. Back in the early 1910’s, the small nickelodeons, where films were first shown, started morphing into larger, more permanent, and more elegant venues. As a result of this growth, more advertising was needed to promote the movies these new movie palaces were offering. So, in addition to the beautiful, colorful lithographic movie posters, there came a need for photographic images. 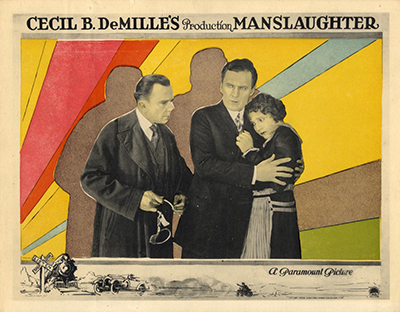 Sometime around 1913, lobby card sets started to be produced, and they were, basically, photographs printed on a heavy paper resembling cardboard. For several years, lobby sets were done in both an 11″ x 14″ (about 28 x 36 cm.) format and also a smaller 8″ x 10″ (about 20 x 26 cm.) version. Eventually, the larger 11″ x 14″ size became the standard size for American lobby cards. Sets usually contained 8 cards, but sets of as few as four and as many as 15 have been produced.

By the 1920’s, these initially simple photo sets evolved into a very advanced, decorative art form. (One early author on the subject described them as akin to antique Persian miniatures.) As the technology to print them in color did not yet exist, the coloring was done by hand, sometimes with a stencil and sometimes by a water colonist individually adding hues to each card. The silent lobby cards, of the 1920’s, and the cards of the early talking film era, represent a high point in the pure aesthetics of lobby cards as an art form in their own right.

There are as many reasons to collect lobby cards as there are collectors. Since lobby cards are small, they are inexpensive to frame. A display of framed lobby cards on a well-lit wall can be both beautiful and impressive. Here are some of the basics: 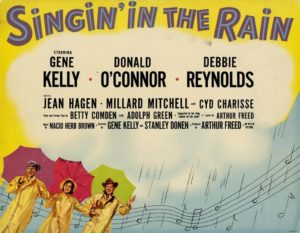