The goal of WalterFilm is to provide the finest selection of original movie star photos, movie scripts & rare books, lobby cards, vintage movie posters and Hollywood movie memorabilia that focus on the glorious history of the European and Hollywood Motion Picture Business. We also deal in African American cultural history, materials from the theater and stage, LGBTQ film, stage, art, and social history.

In 1982, when WalterFilm was founded, our idea was to create a boutique, not a department store. It was never our intent to archive and inventory every movie script, movie star photo or every piece of Hollywood movie memorabilia—rather to search out the most wonderful, the most special pieces we could find.

The criteria that informs that selection include:

As part of WalterFilm’s Curatorial Services, we advise individual and business clients in the selection of material for their collections. Whether a collector is looking to decorate a home or office, to build a collection on a specialized subject or to purchase pieces as an investment, WalterFilm has the knowledge, experience and resources to help achieve those respective goals. In addition to working with private collectors, WalterFilm assists curators in building institutional collections at various libraries, museums and universities. To learn more about these services, please click Curatorship. 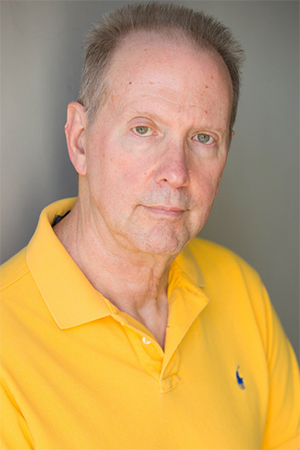 WalterFilm grew out of my interest in rare illustrated books and limited editions from the first half of the Twentieth Century. This interest turned into a business dealing in the above, with a specialty in maps, atlases and Western Americana. (See, “The Formative Years” below).

As the business grew, so did my fascination with the history of the Hollywood Motion Picture Business and European cinema. This fascination began manifesting itself in the collecting of vintage film posters. My first significant buy was a style B one sheet for GILDA (1946), which I bought in 1980 for the royal sum of $300.00. (Too bad that I didn’t get to keep it. I recently listed another example of it, this one a consignment from a collector, for $35,000.00….)

Eventually, the focus of my business shifted from being an antiquarian dealer to the history of film and in 1982 WalterFilm was born. Today, we offer an outstanding selection of original vintage movie scripts & rare books, Hollywood movie memorabilia, vintage movie posters, lobby cards and movie star photos. We also deal in sub-specialties of LGBTQ film, stage, art, and social history, African American cultural history, as well as materials dealing with the stage and theatre. Our goal is to search out and offer the most outstanding pieces we can find.

Over the years, I have handled many important and desirable pieces and archives—to cite a few: a draft of the DOUBLE INDEMNITY (1944) screenplay co-written by Raymond Chandler, a superb one sheet for the Universal horror film, THE BLACK CAT (1933), one of the finest collections of Alfred Hitchcock lobby cards and a fine archive on African American film history.

Among the specialized areas of focus of my work are: African American film; LGBTQ film and stage history; materials on the evolution of the motion picture industry, including stock prospectuses for movie corporations, as well as ephemera on labor unrest in Hollywood; film noir and crime films. World cinema has always been important to me, and I always am searching for desirable pieces, especially in Japanese and European movie history.

I have worked with many private collectors and libraries to help develop specialized collections. I have the same passion for movies and their history that I had as a small boy, and I enjoy the opportunity to share these precious objects with others.

I was always fascinated with movies. As a small boy, I saw SINGIN’ IN THE RAIN, which gave me the idea that films actually had a history. This was followed by BATTLESHIP POTEMKIN, CHILDREN OF PARADISE, the silent PHANTOM OF THE OPERA, THE CABINET OF DR. CALIGARI, and my first Ingmar Bergman film, THE MAGICIAN. These and other films left a lasting impression.

I attended Haverford College in the Philadelphia area, and graduated with High Honors in 1965. I majored in Philosophy and Religion. My faculty advisor was a young man named Guy Davenport, then an unknown, who later became a very famous author and MacArthur Fellow. He awakened an interest in illustrated books, limited edition printings, and rare books from the first half of the Twentieth Century.

Philadelphia was, at that time, rich in rare book stores, as well as the Rosenbach Library. And so, visits to downtown Philadelphia endlessly piqued my interest in book and print collecting.

In time, I began to splurge. My first purchases were of incomplete folio volumes of Piranesi and Hogarth. I found myself collecting primarily illustrated books and atlases. By the year 1971, I had moved to Austin, Texas, and made the decision to turn my hobby into a business.

The business grew. For several years, I issued a regular series of more than 40 catalogs. In the late 70’s, I added some specialized literature catalogs to the overall mix of my offerings. (I also assembled, what was then, the largest private collection on Jack Kerouac, which was subsequently sold in a catalog by another bookseller.) In the meantime, my interest in film continued, and the rest is history.

Along the way, I have added film directing to my list of activities. My first feature film, THE DAVID WHITING STORY; or, THE CESAR ROMERO JOKE (2014) won the Los Angeles Film Critics Association Douglas Edwards Experimental/Independent Film Award. My second feature, THE BIG RAINCHECK, had its world premiere in September, 2015. 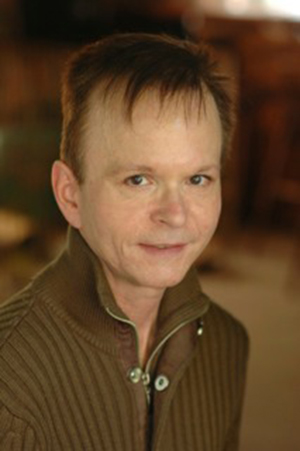 Woolsey Ackerman grew up in a family that owned and operated a movie theatre during the era of the great Hollywood motion picture. Those stories influenced his life’s ambition. At five he told his mother he was going to Hollywood when he grew up to be an actor and meet Shirley Temple. He did, and his 30 years of experience include:

He began his Hollywood career working for the Director’s Guild of America on the eve of their 50th Anniversary celebration. Working for the special projects division under honored film preservationist David Shepard he received a master’s education in the history of Hollywood. Within his first week of work he met legendary directors John Huston, Vincente Minnelli, Billy Wilder and Rouben Mamoulian to name a few. The history of the Guild was the main project, but working on the Scarecrow Press autobiographies with George Sidney, Norman Lloyd, Arthur Jacobsen and others were among his many distinguished projects.

He then moved to Ted Turner’s new company, which had acquired the great film libraries of MGM, Warner Brothers and RKO. He was instrumental in developing and publishing a line of illustrated coffee table books utilizing Turner’s vast film library and archive. The award-winning book on MGM, WHEN THE LION ROARS, was one of the many publications. He was also deeply involved in Jack Haley’s CBS documentary celebrating the 50th Anniversary of THE WIZARD OF OZ.

Instrumental in developing Turner Classic Movies, he, as its chief archivist and researcher, began combing through the archives, libraries and private collections of Hollywood’s historic movie industry. His work produced a variety of documentaries, books, interstitial programming, ad and marketing campaigns, archival interviews with the historic figures of Hollywood, a series of MGM home video presentations and lines of merchandising, including soundtracks with Rhino Records.

While at Turner he worked on the side with several auction houses, gaining knowledge in the areas of animation art, costume and scenic design materials. Finally, after 14 years in corporate life, he moved to Julien’s auction house where he cataloged and curated a number of collections, including the auction of Barbra Streisand’s career memorabilia.

During the past 10 years he has served as chief archivist, cataloger, office manager and acquisitions for WalterFilm. He has worked with numerous private collectors, museums, libraries and auction houses throughout the world presenting items and collections that encompass the art of making movies and the history of motion pictures. He recently worked with Shirley Temple’s family presenting an auction of her career memorabilia. In addition , he curated two exhibits dealing with her career at the Santa Monica History Museum.

He continues to consult with auction houses, particularly with Theriaut’s, he being a collector and expert in the field of movie related dolls and toys. He can be seen with this collection in segments of the news show AMERICA NOW and the cult TCM documentary MEMORIES OF OZ.

As of late he has co-written and acted in several feature and short films including THE HARVEY GIRL FROM SHANGHAI, THE DAVID WHITING STORY and THE BIG RAINCHECK. His production credits are available through IMDB.

Woolsey continues to consult for books and documentaries about the history of Hollywood. Indeed, he came to Hollywood, became an actor, met Shirley Temple, and has become one of the foremost experts and curators on the history of film and, in particular, the era of Hollywood Motion Pictures and all that it encompasses.

We love to share our knowledge and experience, so if you have a question about a particular item or would like to know more about it or the project it relates to, we would be happy to provide you with whatever we know. Just click on the “Contact Us” button and fill out the “Client Consultation Form” and we’ll be in touch!