Vintage movie scripts and rare books constitute, as an overall category, one of the most fascinating parts of WalterFilm’s inventory.

We only offer vintage original movie scripts. And, on occasion, we can provide multiple drafts of the same script, which can be wildly different. Movies may be in development for many years, with a variety of different writers and directors attached to them. As a result, one script can be very different in its content from another. We recently handled very divergent scripts from such science-fiction classics as ROBOCOP and TOTAL RECALL. If you are a script collector or curator, it is fascinating to compare the different approaches taken as you read the different drafts.

There are many different approaches to script collecting: 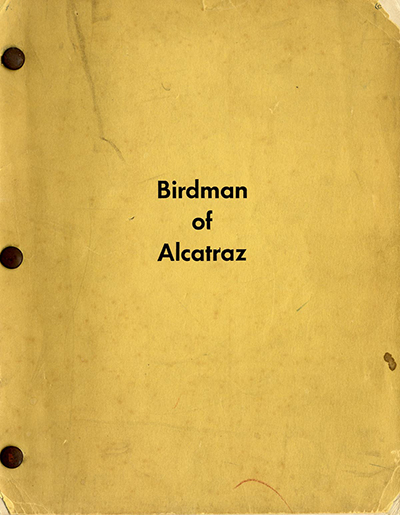 A few years ago, we had a wonderful vintage original script for Quentin Tarantino’s PULP FICTION. It had belonged to a member of the production crew and contained all kinds of extras—a complete shooting schedule, an amazing list of all the southern California locations used and the names, addresses, and phone numbers of all cast and crew members.

Scripts can be collected because of the film itself. But there are numerous scripts whose greater interest lies in their being a literary adaptation. Many of the great names of Twentieth Century literature had films adapted from their works: Peal Buck, Ernest Hemingway, William Faulkner, John Steinbeck, James Joyce, Raymond Chandler, Dashiell Hammett, F. Scott Fitzgerald, Jim Thompson, to list just a few.

Scripts also exist that were actually written by important authors. Steinbeck, Chandler, Hammett, Fitzgerald, Faulkner, and Thompson, are all authors who, at one time or another, wrote screenplays. And those screenplays, all of them very scarce, are always prized when they appear. (Several years ago, there was a West Coast auction of an original screenplay for THE BIG SLEEP, which had Faulkner’s name on it as one of its authors, and it sold for about $100,000. If another one appears, it is unlikely to sell for anything less.)

We are interested in early rare books on the art of cinema. A recent example is the 1929 first edition of Hans Richter’s important book in German, Film: Gegner von Heute—Freunde von Morgen–an early and highly influential study of experimental film, which is not only one of the first books to attempt to characterize early avant-garde film making, but a lushly produced volume, with hundreds of stills from various early experimental films, speaking not only to concept but also to technique and method.

Another interesting recent acquisition for our inventory is the original first edition (Prague, 1927) of the Czech Photoplay edition of Fritz Lang’s legendary METROPOLIS. What makes this edition special is that it is the only one to contain all 64 images of the UFA photographs released for the film (the German, French, and British Photoplay editions do not have complete sets of these images). 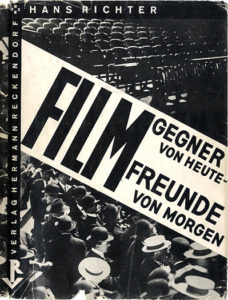 Pressbooks first appearedin the 1910’s, the studios would create campaign books, each for a specific film, which were most often described as pressbooks (although, they were usually sent to prospective theater owners rather than to members of the media). These fascinating books, which often have beautifully illustrated covers, lengthy articles about the history of the film, and many images of the film’s posters. In the case of earlier films, often these images are all that has survived of the film’s poster designs.