Birth of the Movie Poster

Around 1895, the invention of cinema happened pretty much simultaneously in France and the U.S. Almost immediately, movie posters came into being to promote what was an amazing new invention. During the twenty years between the creation of cinema and the onset of World War I in 1914, the movie poster evolved in many countries. And, in each country, different artwork was used and different standard sizes emerged. The art form of movie posters marked huge headway between 1905 and 1910 and by the 1910’s, most of the standard sizes and formats had been established.

WalterFilm has always had an interest in international film poster art. Since 1982 we have presented the finest original vintage film posters from the United States, Great Britain, Japan, Mexico, Spain, Italy, France, Germany, Belgium, Sweden, the Soviet Union, Poland, and many other countries. 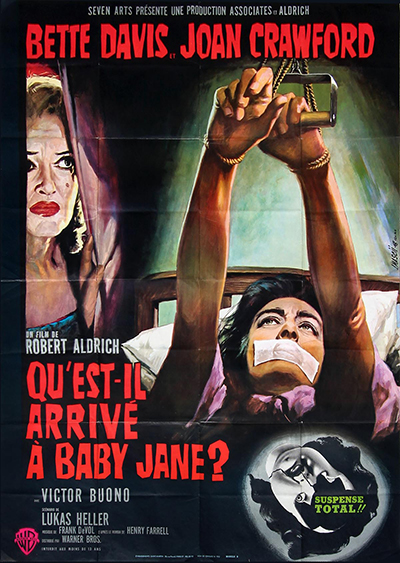 We are always searching for the finest original, vintage film poster imagery. On certain film titles there are huge variations as to how the film is represented. For example, on the classic 1962 Robert Aldrich thriller, WHATEVER HAPPENED TO BABY JANE, the U.S. posters (which have imagery of a broken doll) were undoubtedly effective—to lure audiences to see the movie. However, the French poster (with its wild design in bright color of a heavily made up Bette Davis menacing a bound and gagged Joan Crawford) has to be considered the strongest graphic work for this classic film.

Here are a few of the many different approaches which people can take to movie poster collecting:

Vintage movie poster collecting, when taken to the highest level, is an art form in its own right.