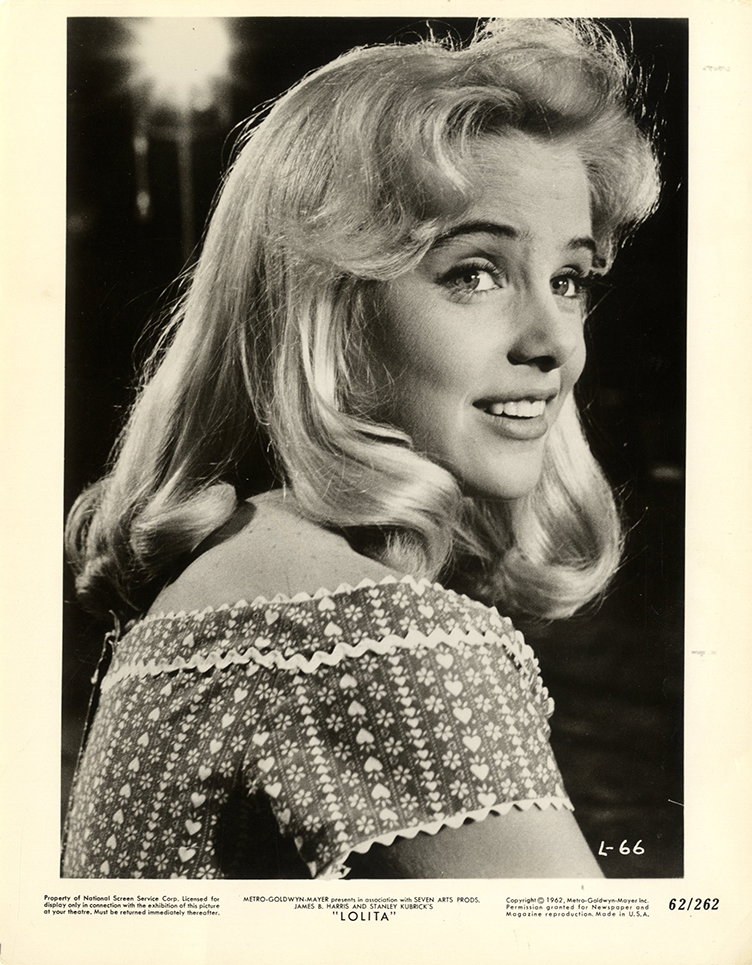 Vintage original 8 x 10” (20 x 25 cm.) photo, USA. Sue Lyon, dir: Stanley Kubrick; MGM. Although many photos from this film have been attributed to Kubrick, in truth many of the portraits were shot by Bert Stern and by Pat Ward, and it is often exceedingly difficult to know who shot what. However, in this case, this photo (#L-66) is illustrated in the film’s pressbook with an unambiguous attribution to Kubrick (we have attached an illustration of that page). FINE.