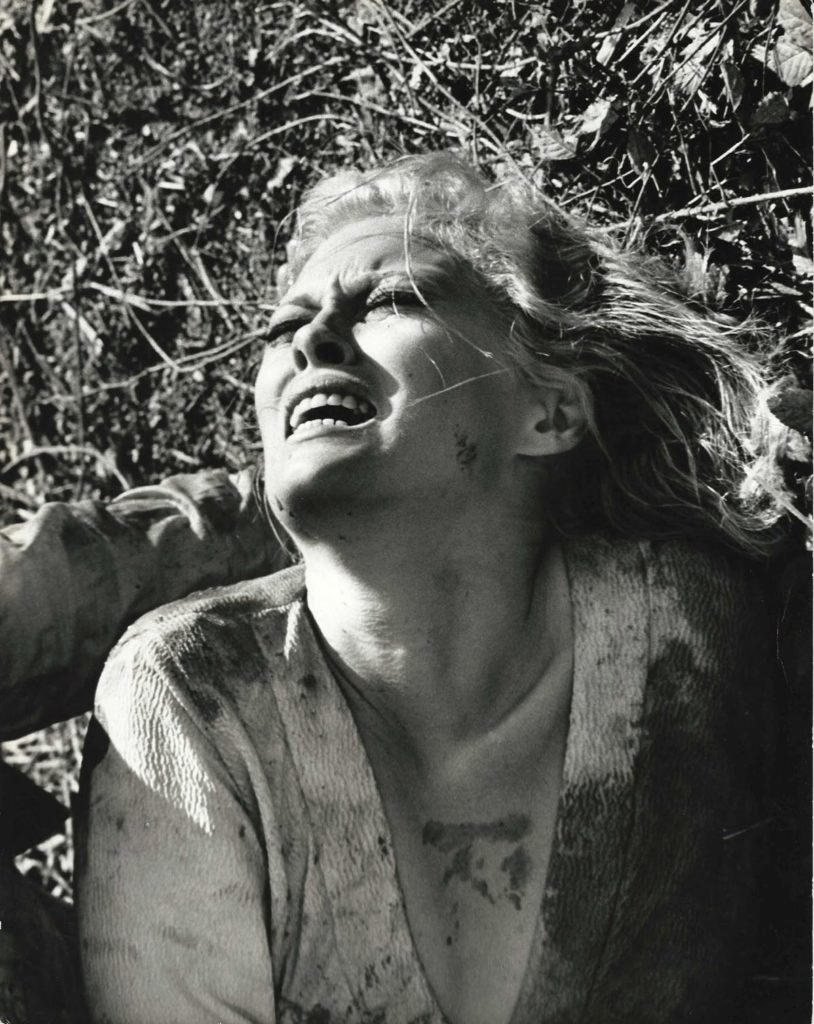 It was Penn who felt that the bloody violence of their deaths must be shown. Whereas shootout deaths had never been depicted realistically before, he felt that if the characters were going to be shot, it needed to be shown as it would happen, thus changing the way movies were made.

Still photographer Floyd McCarty, whose ink stamp is present on the verso, caught this violent moment with his camera. The photo is also stamped on the verso “BONNIE AND CLYDE Warner Bros. Exclusive.” Destined for a one time publication, it is not known if the image was published or not. Light creasing at the bottom left corner. A crease at the mid right edge and some light scratches near the mid right edge in Dunaway’s hair. NEAR FINE.