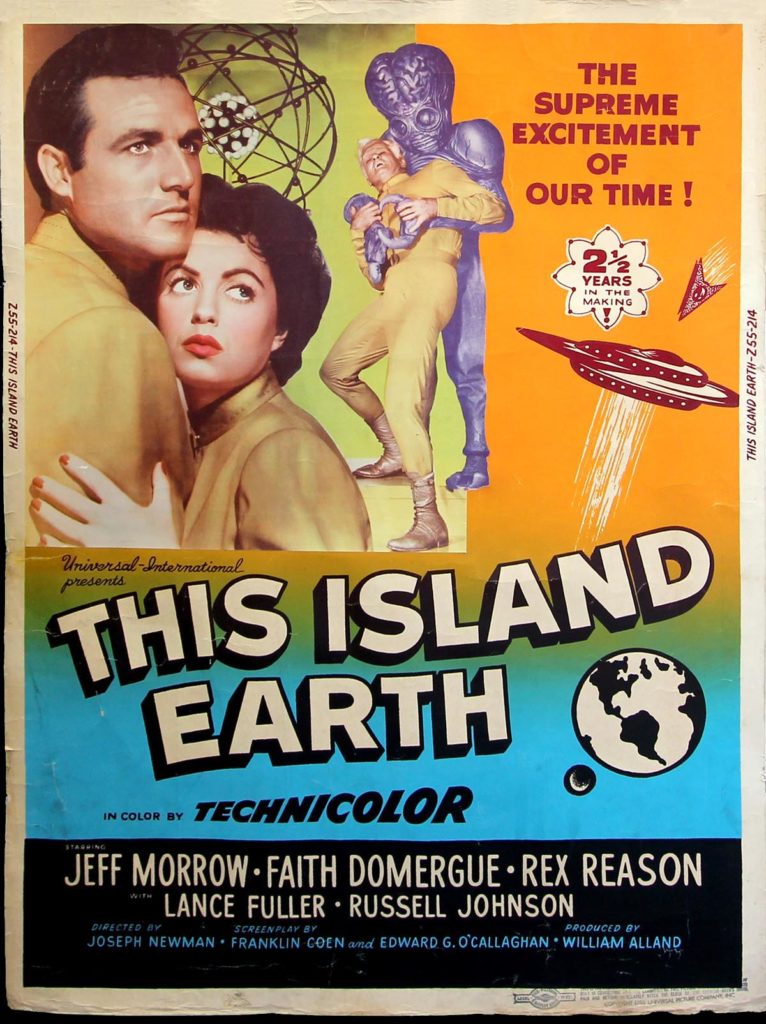 The story involved aliens coming to Earth to engage scientists in a scheme to wage war and destroy the planet. The film, made on a very modest Universal budget, was likely not really in the making for 2 years, but the studio was dissatisfied with director Newman’s work and hired Jack Arnold to reshoot a great portion of the film. Wolfgang Amadeus Mozart supplied the music score.

Poster is rolled. It displays a fair amount of creasing, at edges particularly at the top and bottom. There is inner creasing, more evident in the title box area. Tears at edges have been repaired with brown tape and there are a few small unrepaired edge tears. The top image portion with portrait of Domergue and Reason and the alien to the right is a pasteover and the foot area of the alien has lifted slightly. VERY GOOD.