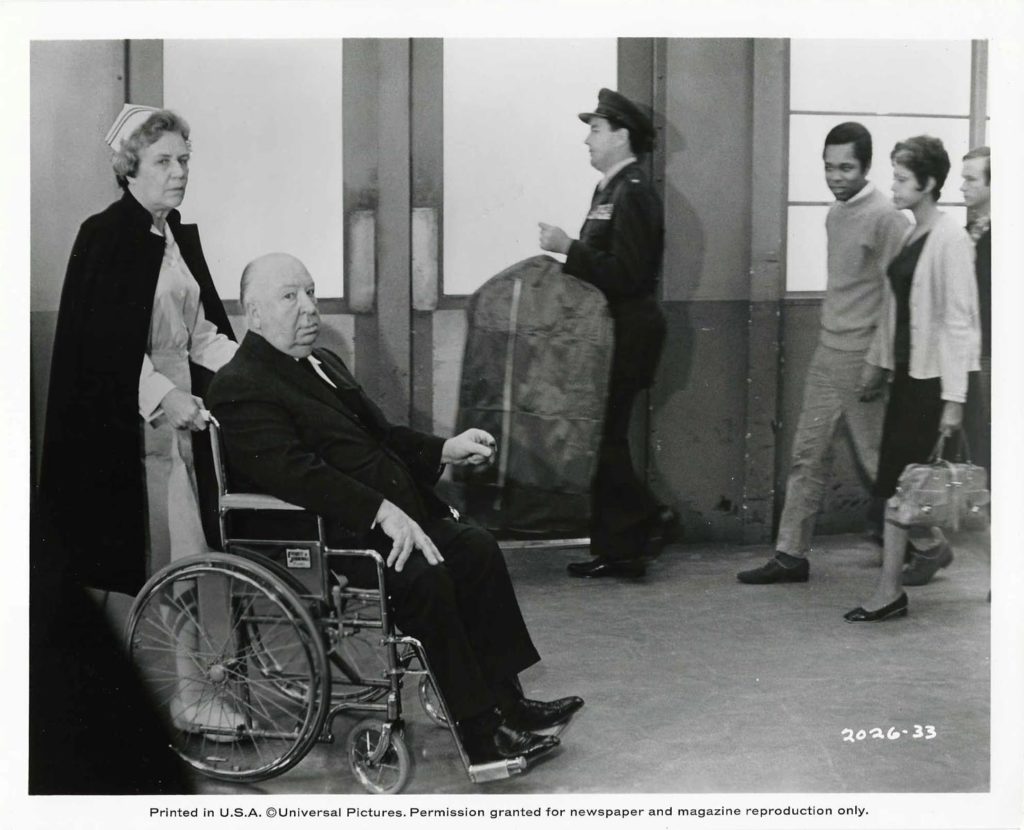 Original attached paper blurb for still 2026-33 from Universal Studios is present on the back. Always rare are these original stills of Hitchock’s film appearances. No flaws. FINE.