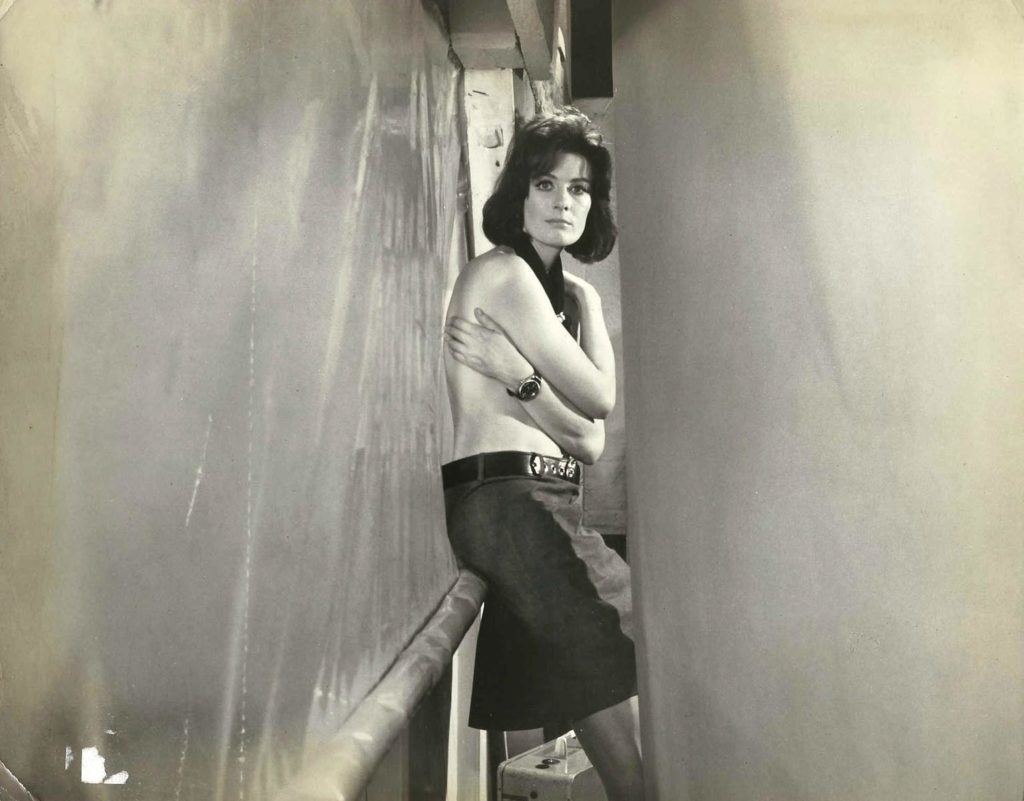 This proved to be very daring for the time and was a large part of the controversy, evidenced in this famous semi-nude image of Vanessa Redgrave. Creased at each of the four corners, more significantly at the bottom left. Tape has pulled off some of the emulsion near the bottom left corner as well. VERY GOOD-FINE.