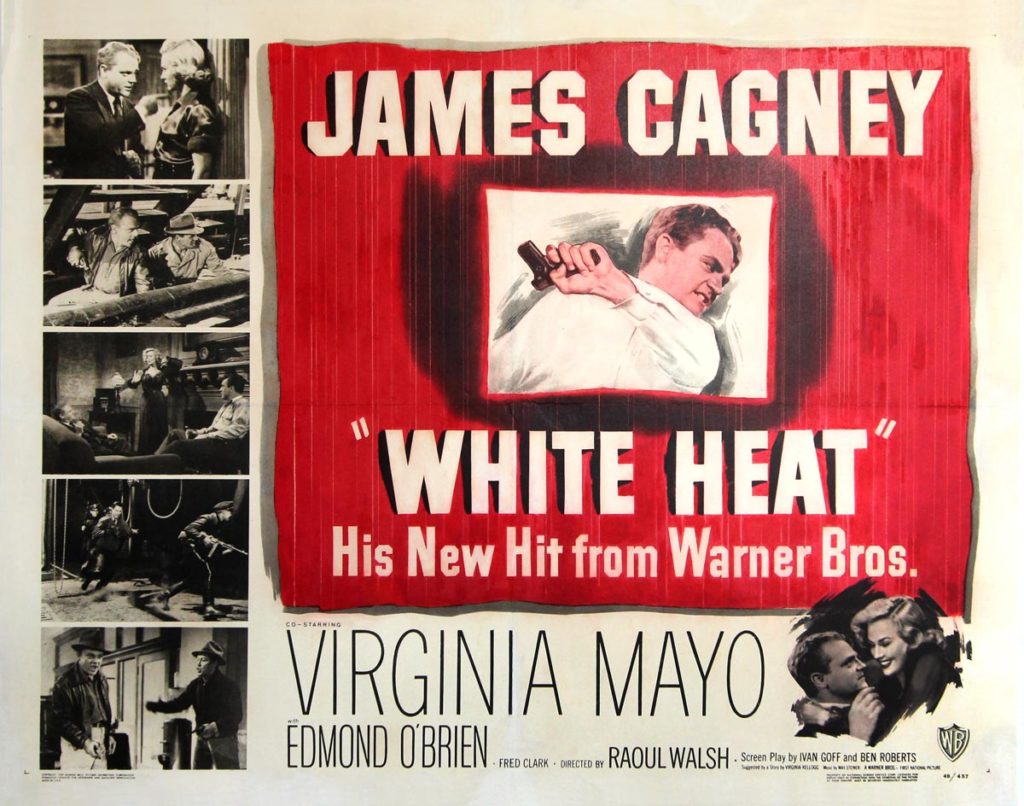 One of the most popular of all gangster-related films and one that attempted to explore the psychology of the criminal. Very fastly-paced by expert director Walsh, it told the story of Cody Jarrett, a ruthless gang leader who has a mother fixation. The characters were based on real life criminals Ma Barker and her sons. The film was nominated for an Academy Award for Best Writing, Motion Picture to lady screenwriter Virginia Kellogg. Many consider James Cagney’s performance his finest.

Poster has been mounted on heavy paper. There is a crease to the top left corner. The top blank white border has had numerous touch-ups. There has also been touch-up to the fold lines, corners, portions of the bottom white margin and spots in the red background of the title treatment. NEAR VERY GOOD.