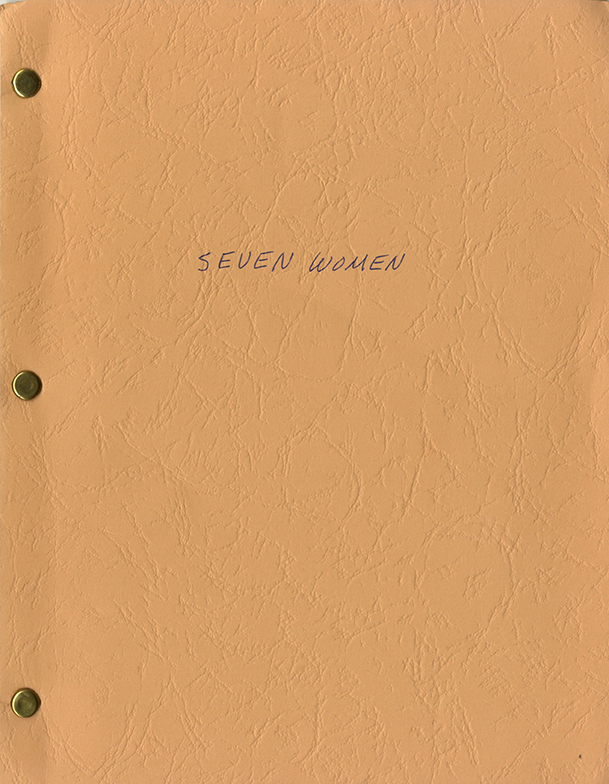 An unspecified, but probably early, draft typescript, under its original working title Seven Women, of John Ford’s final film released in March, 1966. The film script is contiguous, but was clearly typed on at least two different typewriters, suggesting that it dates from early enough in the creative process that it had not yet been turned over to studio pool typists to prepare for mimeographing.

The film, which starred Anne Bancroft, Sue Lyon, Margaret Leighton, and African American actor and Ford stalwart Woody Strode, in a story about a group of female missionaries in China in the 1930s under threat from a warlord. It is often noted that women’s issues were not a part of Ford’s central thematic threads, and it is interesting to note that he turned to a female-centric story line at the near end of his life and career.