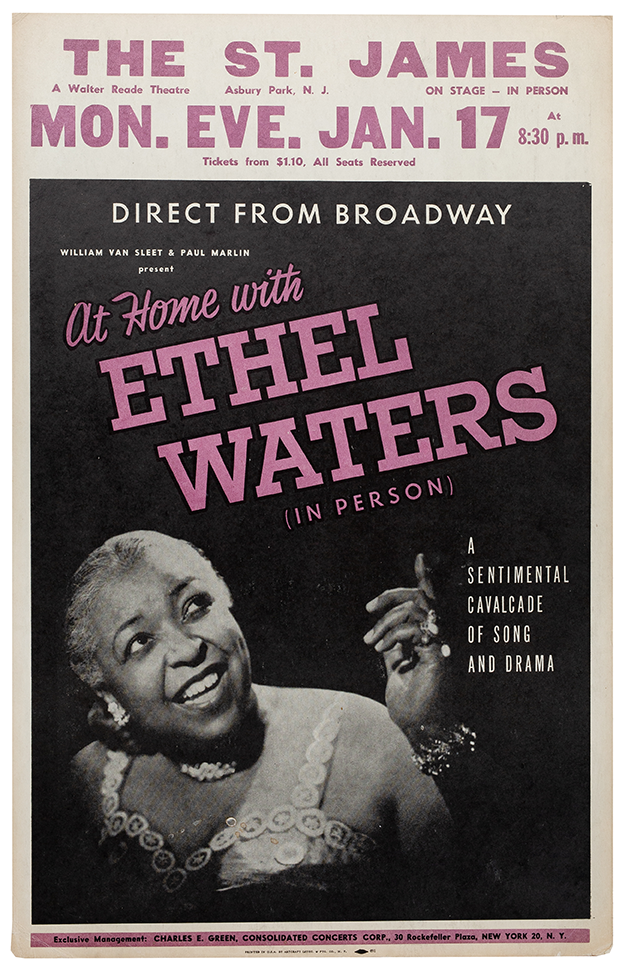 Bogle, pp. 479 ff.: “Surely one of the great talents in American popular entertainment…[She started singing rowdy songs and became] a sex symbol for much of Black America…Ambitious, tense, driven, she struggled to make it as a musical comedy star on Broadway and finally succeeded in the 1933 As Thousands Cheer…Then in 1939, she turned dramatic with her powerhouse performance in Mamba’s Daughters.” For the rest of her long career, she alternated between film, stage, and concert, and between dramas and musicals.

Poster for a one-woman show which Waters first premiered on Broadway on Sept. 22, 1953. She subsequently toured with the show, hence this poster from a one night appearance in Asbury Park, New Jersey. The show featured primarily a series of musical numbers with which Waters was closely associated, such as “Cabin in the Sky” and “Am I Blue?”