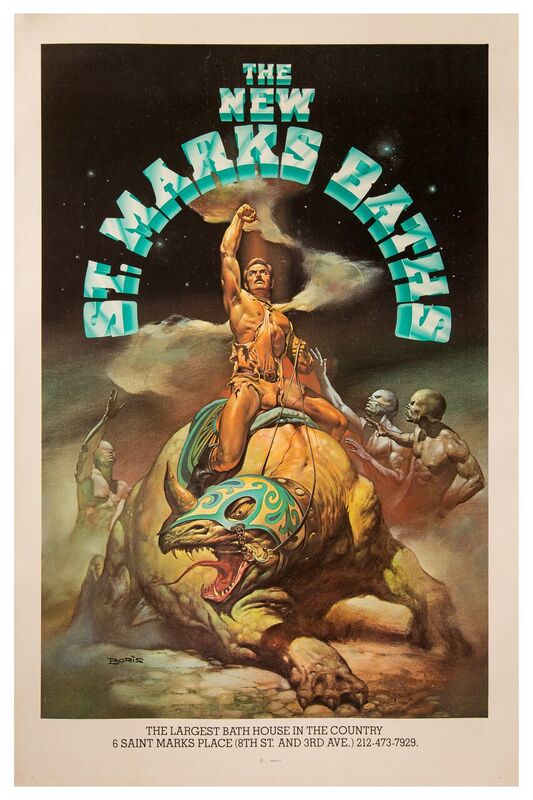 The St. Marks Baths originally opened at 6 St. Marks Place in the East Village of Manhattan, in 1913. For the next 40 years, it was a Turkish bath catering to immigrants living nearby. As of the 50’s, it began to have a gay clientele. In 1979, the place was totally refurbished, and, when reopened, asserted itself the largest gay bath house in the world. In its early days, it was a tremendous success, but the AIDS epidemic ensued, and, in late 1985, the City of New York began the process of shutting down all gay bath houses in an effort to tamp down high risk sexual activity.

The poster is artwork by Boris Vallejo, who was famous for super-hero art. Here, his style is put to an unusual use.