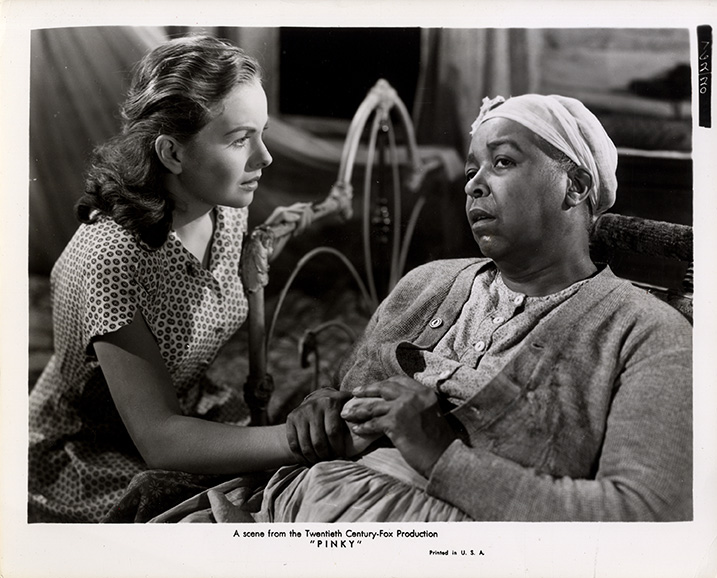 This is one of a few post-WWII Hollywood films which attempted to come to grips with racism. It was compromised in various ways (including the use of a white actress as Pinky, a light-skinned African American). But it also contained distinguished performances from various Black actors, including an Oscar-nominated turn by Ethel Waters as the protagonist’s mother.

Waters is in eight of these photos; five feature other African American actors (including two of the legendary Nina Mae McKinney, in her first major studio film in twenty years, since the 1929 HALLELUJAH).