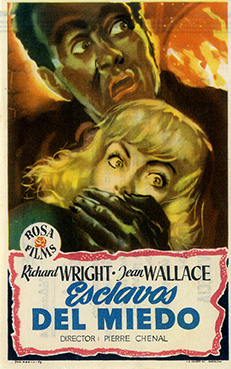 Although this film, in which Richard Wright starred in the role of Bigger Thomas (a young black man who accidentally kills the teenage daughter of the wealthy white couple for whom he is chauffeur, and who then tries to cover this up). Wright co-wrote the screenplay, adapted from his novel, with director Pierre  Chenal.