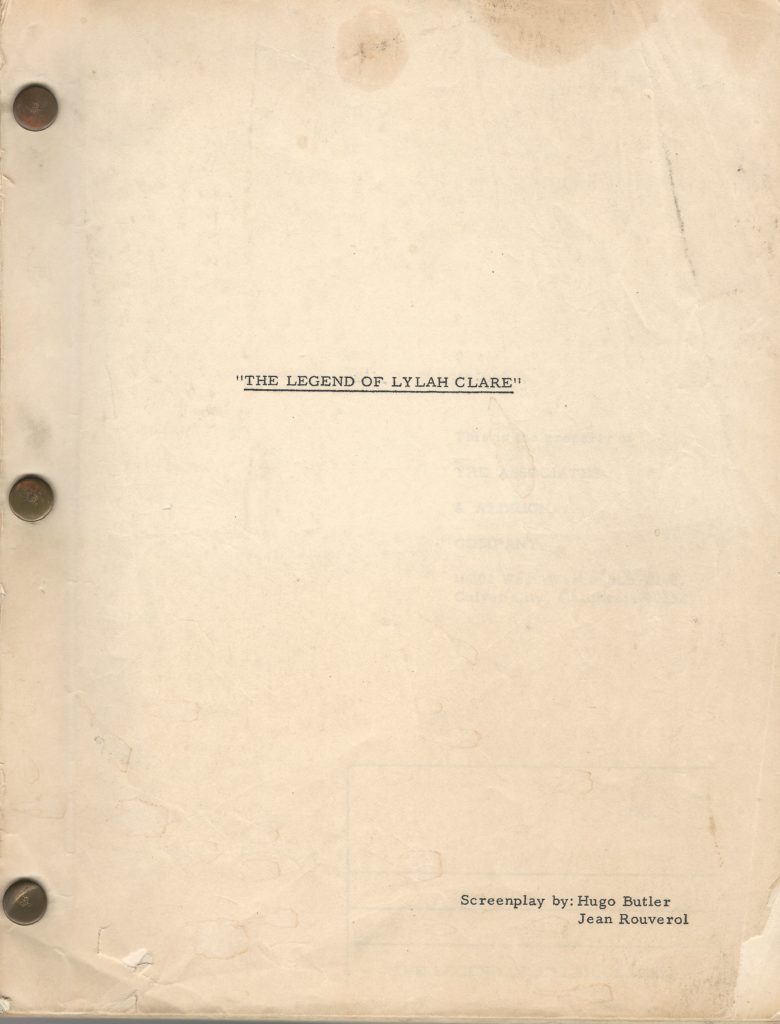 [With most pages revisions on blue paper dated 6/12/67] Brad bound, mimeo, 138 pp. [with a final page not present, almost certainly because Aldrich had something else in mind — see below]. There is some minor wear to front and back pages, a few of which also have marginal stains, overall VERY GOOD.