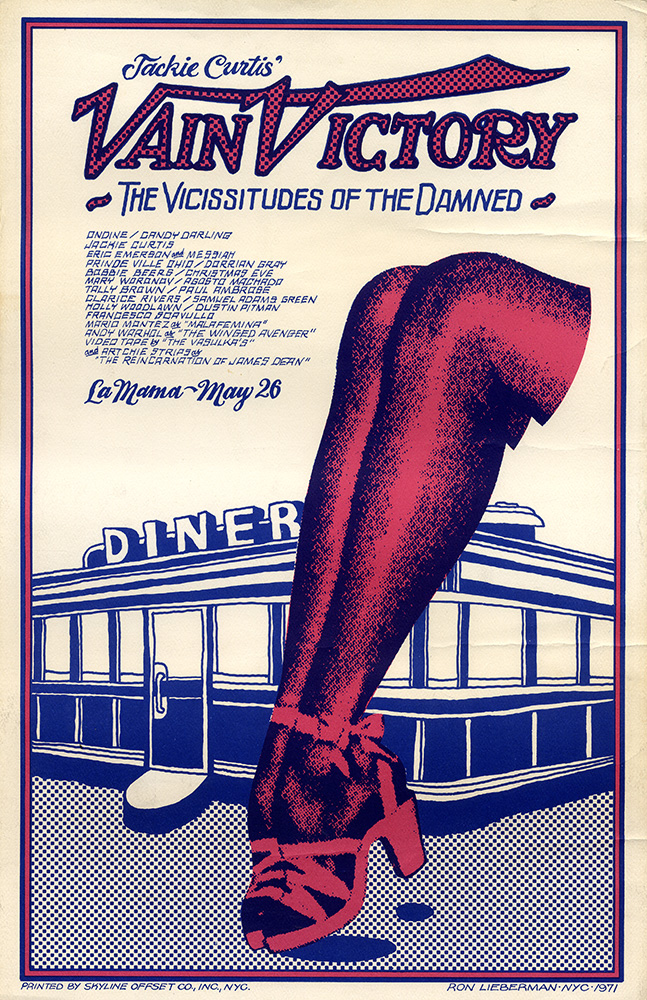 VAIN VICTORY: THE VICISSITUDES OF THE DAMNED (1971)

An off-off-Broadway musical written by and starring Andy Warhol superstar Jackie Curtis, which had a brief but successful run of 11 performances at the LaMama. The cast listed on this poster comprises many of the most famous names in the Warhol entourage, besides Darling: Ondine, Candy Darling, Eric Emerson, Mary Woronov, Holly Woodlawn, Mario Montez and Warhol himself.