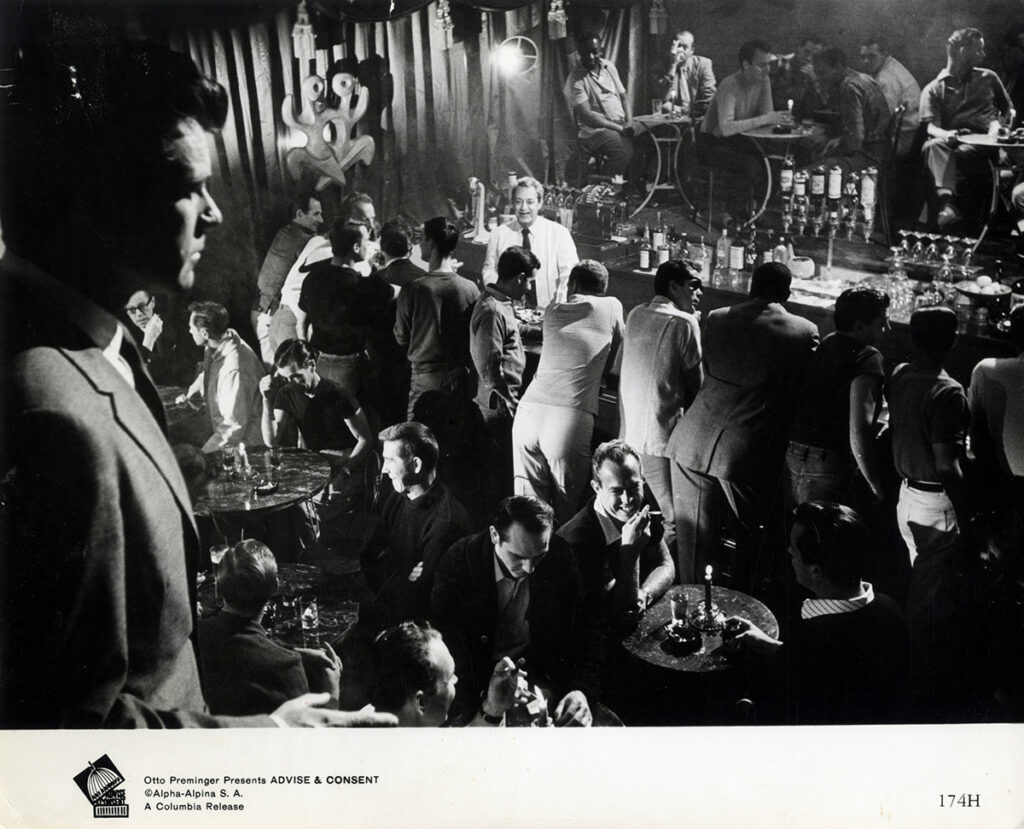 An exceptionally large set of images from director Otto Preminger’s classic film about Washington, D.C., politics. A crucial aspect of the plot is a narrative thread about a young Mormon senator from Utah, who once had a gay romance while serving in World War II and who is now being blackmailed. The film, very daringly for 1962, included what is Hollywood’s first scene in a gay bar, which is portrayed here.