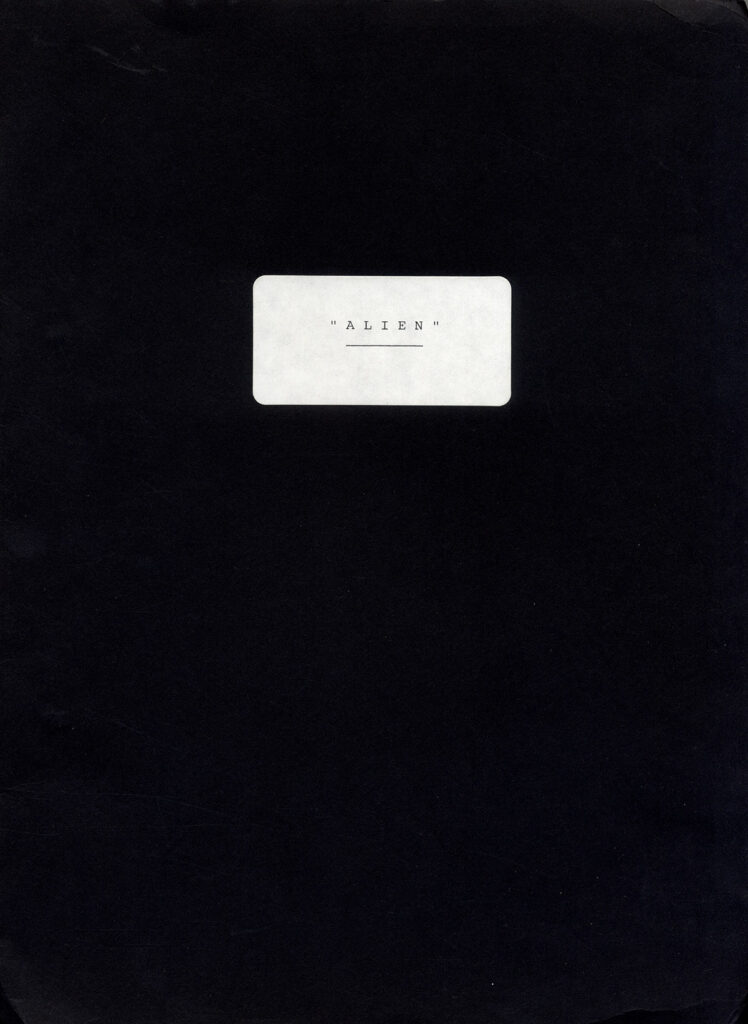 The 2/78 draft begins — as does the completed film — with a scene of the crew waking up aboard the commercial starship “Nostromo”. There are seven crew members — Dallas, Kane, Ripley, Ash, Lambert, Parker, and Brett — as well as a pet cat (unnamed in this draft, but subsequently named Jones). The on-board computer, “Mother” has awakened them prematurely — before the completion of their voyage — to investigate something on a nearby planetoid. This eventually leads to the intrusion of their ship by the eponymous Alien.

There are few major differences in narrative structure between the 2/78 screenplay draft and the completed film, although much of the action and the dialogue has been tweaked. Subsequent drafts contain more workaday banter between the crew members. As in the completed film, the “invasion” begins when crew member Kane (John Hurt) is incubated by an alien egg, and the embryo bursts from his chest, but missing from the film is a short sequence in this draft where Kane’s floating corpse appears outside the windows of the spaceship.

Among other differences — The 2/78 draft has a love scene between Ripley and the Captain, Dallas, that is wisely omitted from the completed film. The role of Jones the cat has been expanded. Although Brett (Harry Dean Stanton) is the first crew member to be attacked by the full-grown Alien, in the 2/78 draft this occurs while he is with the other crew members; in the completed film this occurs while he is by himself looking for Jones, as the cat watches. Later drafts and the film also include a suspenseful section not in this draft where Ripley has to locate Jones before she escapes from the Alien (or so she thinks) on the ship’s shuttle.