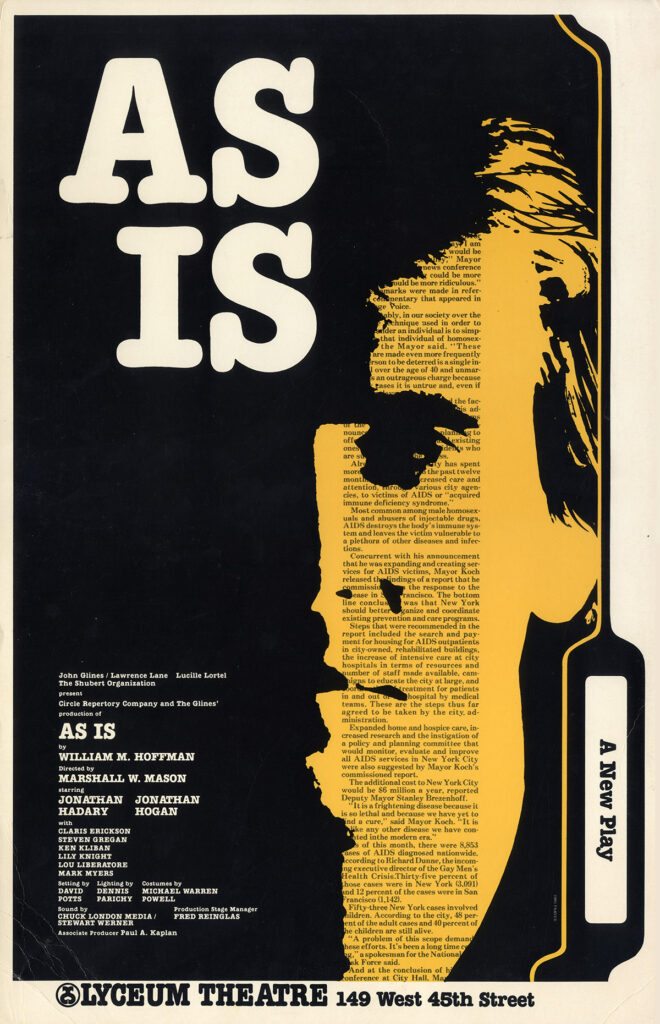 “As Is portrays the effect that AIDS, a relatively new epidemic in the 1980s, has on a group of friends living in New York City. It was one of the first plays, and subsequent television films, depicting how the epidemic was affecting gay Americans. As Is opened shortly before Larry Kramer’s play about AIDS, The Normal Heart, was first performed on April 21, 1985.

“This play depicts a gay couple, Saul and Rich, who open the play, and their separation. Rich’s firm decision to separate is reversed when he returns to Saul after contracting AIDS from his new lover. Seeking emotional support, Rich shows how people with AIDS were treated by the American family, doctors, and friends. Their impersonal and detached attitudes lead Rich to recognize the importance of the partner for the gay individual.” (Wikipedia)