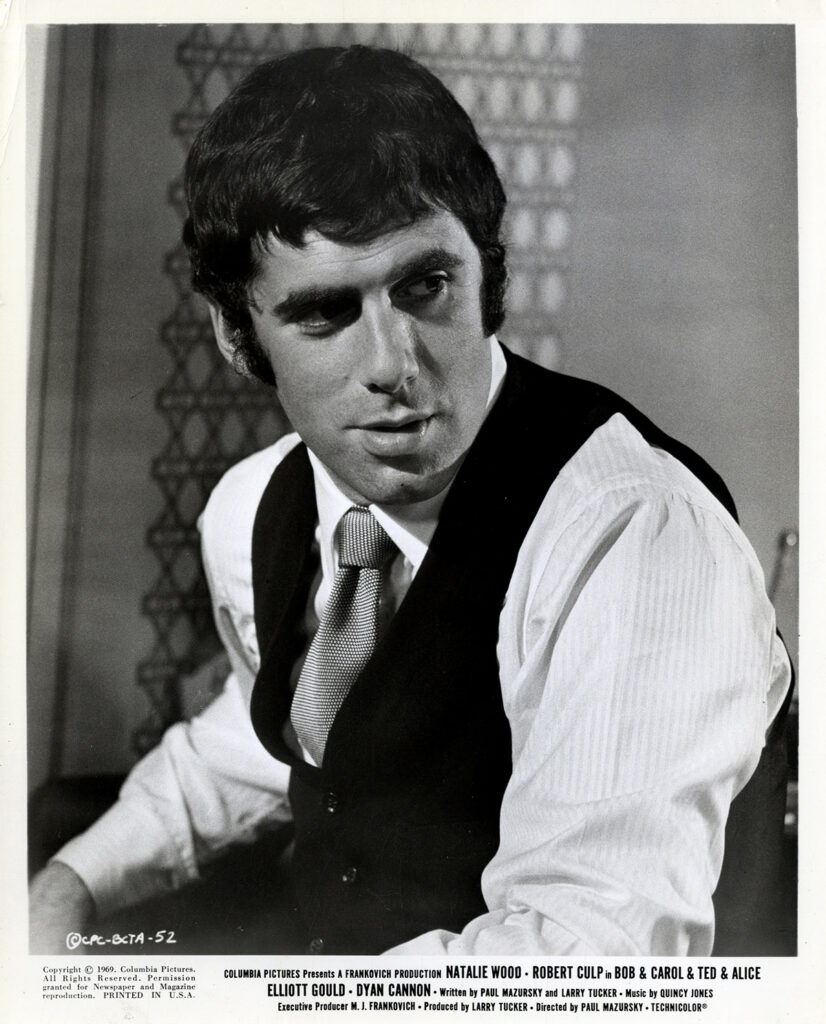 Paul Mazursky here made his directing debut in this movie which he co-wrote with his then writing partner, Larry Tucker. The movie is what we would now label a dramedy, about Southern California lifestyles of the later 1960s, and the new kinds of sexual openness of the times.

For Elliott Gould, this was only his third feature film, and his first starring role. The film was a great success for him personally, which quickly led to his star roles in Robert Altman’s MASH and then Getting Straight.