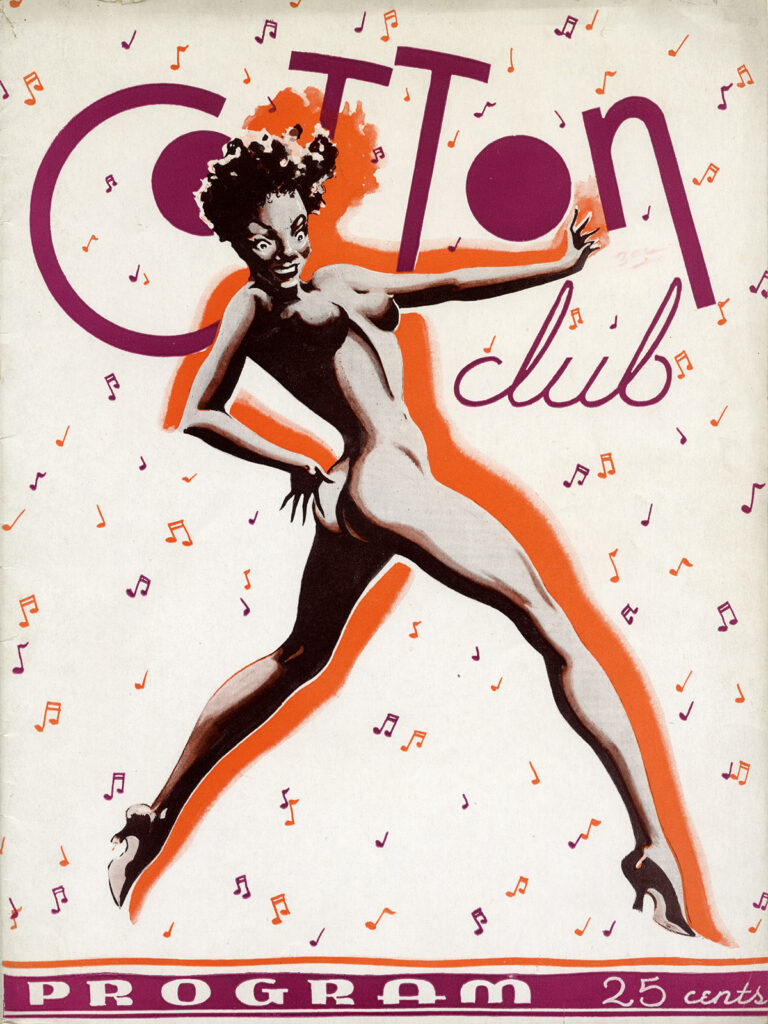 The Cotton Club was a legendary New York nightclub which consistently featured some of the greatest African American performers. It was located in Harlem, on 142nd Street and Lenox Avenue, from 1923 to 1935. It moved to the midtown theater district from 1935 until 1940, when it closed.

This program, which is described as for the “Fifth Edition of the Cotton Club Parade” (the name of their review), featured a host of luminaries including Cab Calloway, the Nicholas Brothers, W.C. Handy and the Dandridge Sisters (which included a still-teenaged Dorothy Dandridge).

This is an exceedingly scarce booklet. The OCLC only records one known copy (Harvard). A single known copy is cited of a program from the previous Third Edition, and only single copies are listed of menus for these two reviews.