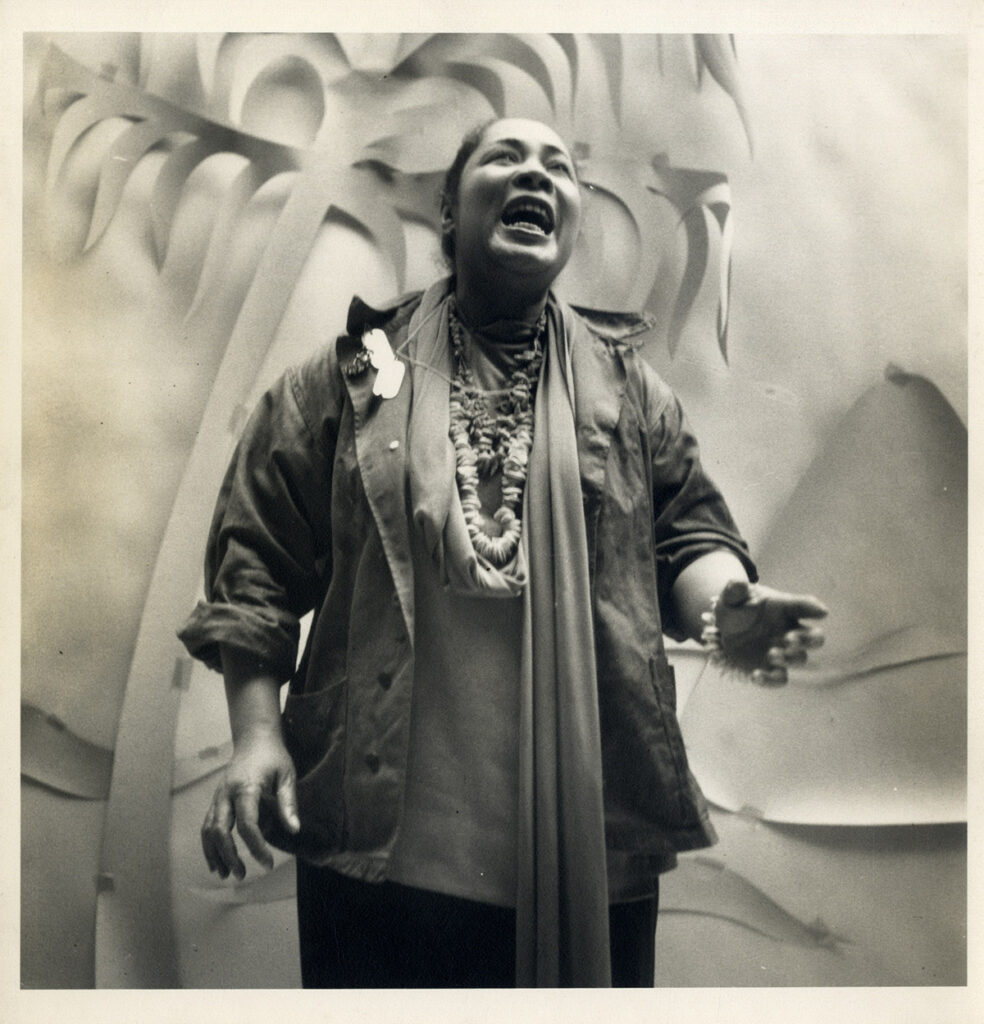 Portrait of Juanita Hall in costume as “Bloody Mary” for the Rodgers and Hammerstein musical classic SOUTH PACIFIC. Hall was in the opening night cast and played the role for 1,925 shows during its long run on Broadway. In 1950 she became the first African American to win a Tony Award for Best Supporting Actress for her performance in this play.