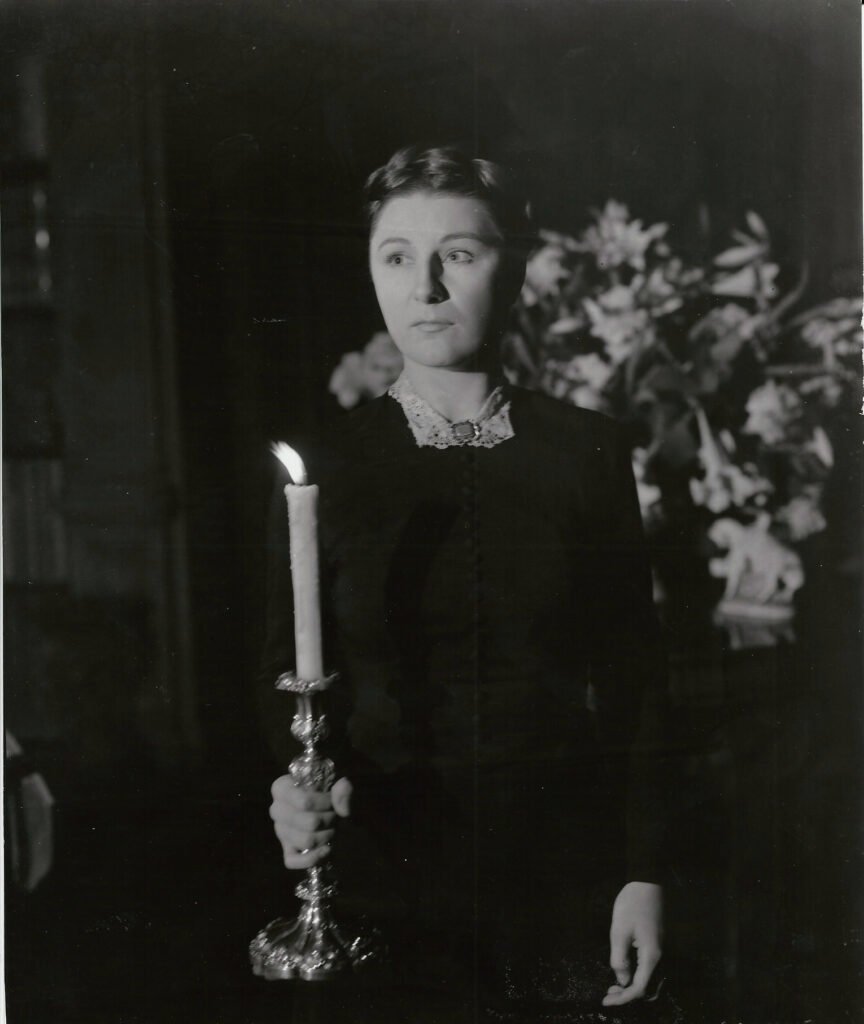 An extremely scarce portrait of Judith Anderson as Mrs. Danvers. Benshoff and Griffin, Queer Images, p. 32: “Rebecca has an obvious onscreen queer — Rebecca’s housekeeper and personal maid… in a long black skirt and a tightly pulled back hair bun… Mrs. Danvers never specifically says that she was in love with her former companion, and the word lesbian is never spoken. But her obsessive, creepy devotion to Rebecca is made quite clear.”

Portraits of Anderson in this role are exceedingly scarce. Although, from the paper used for this photo, it is clear that it dates from maybe a couple of decades after the film’s initial release, it still represents the only such image that I have encountered from any of the film’s releases.