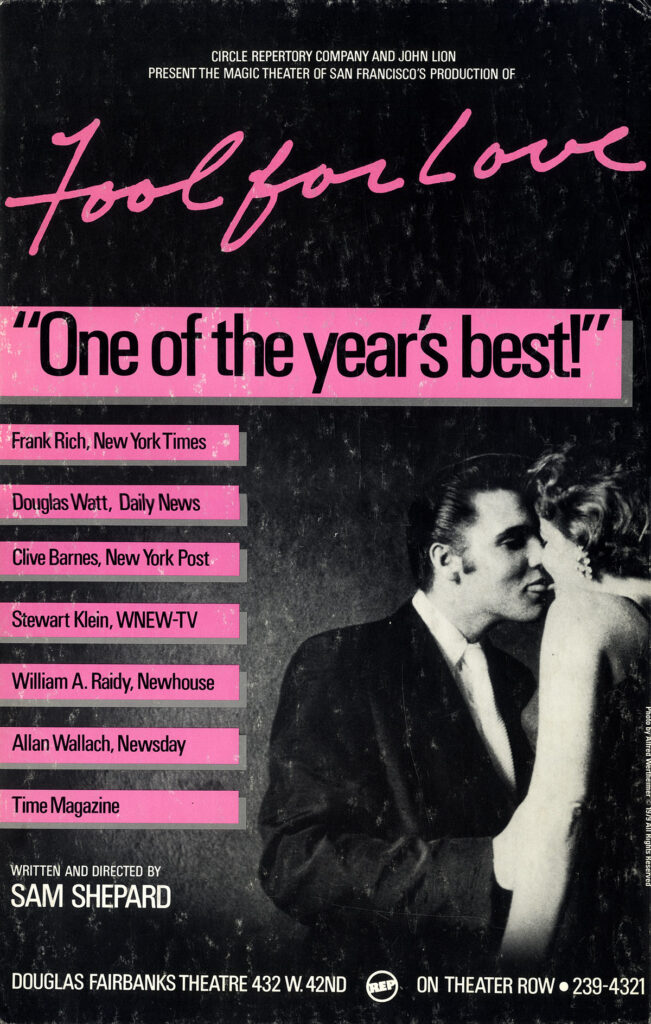 Posters for the New York premieres of two Sam Shepard plays, both of them directed by him.

The list of critics citing FOOL FOR LOVE as one of the year’s best tells us that it was printed early in 1984, shortly after the play opened on November 27, 1983. FOOL FOR LOVE was a great success on Broadway and ran for almost two years.

A LIE OF THE MIND, with its astonishing ensemble cast that included Harvey Keitel, Geraldine Page, and Amanda Plummer, ran off-Broadway for about six months.