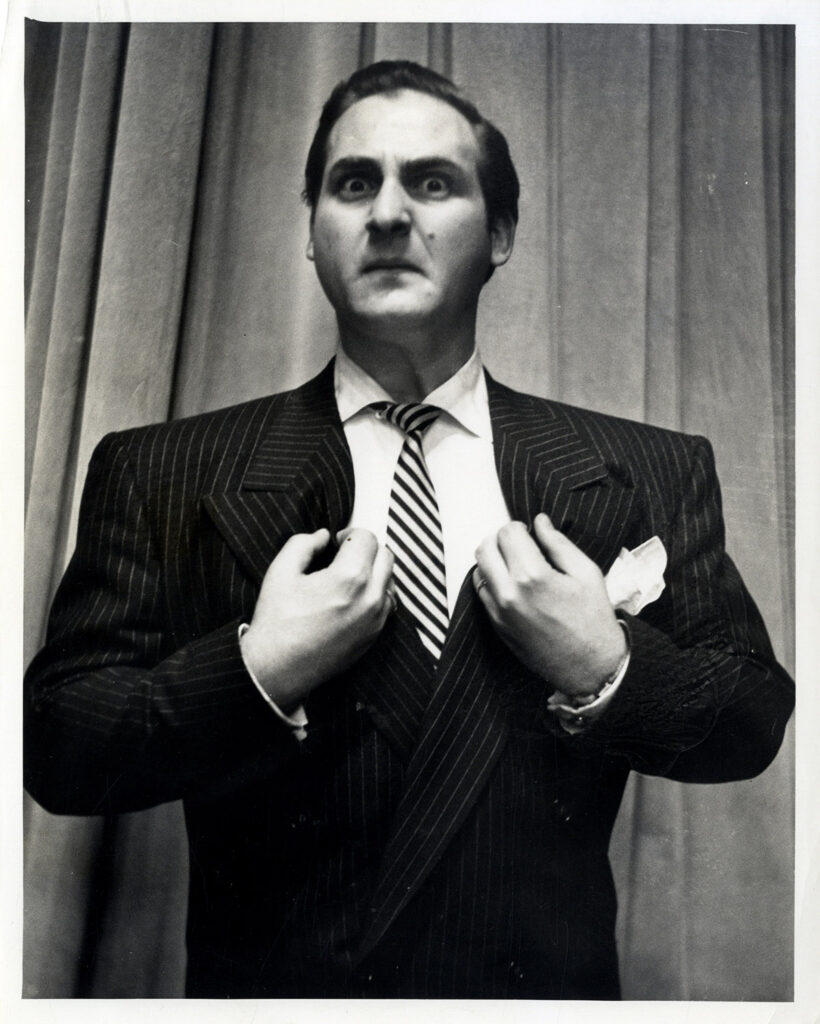 New York: 1950-67. Set of eleven (11) vintage original photos, generally 8 x 10″ (20 x 25 cm.), one of them mounted on artboard, two of them with printing notifications in ink in blank margins, several of them with television network promotional text affixed, generally NEAR FINE.

Sid Caesar was one of the landmark stars in the early history of television. He was a master sketch artist, and his early work often centered on lampooning scenes from popular movies. His regular co-star was Imogene Coca.

This little archive contains 9 images showing Caesar. The other two photos, from his earliest show Your Show of Shows, contain a photo showing Coca, and one of a group in which Carl Reiner (who got his start as writer and occasional cast member) appears.