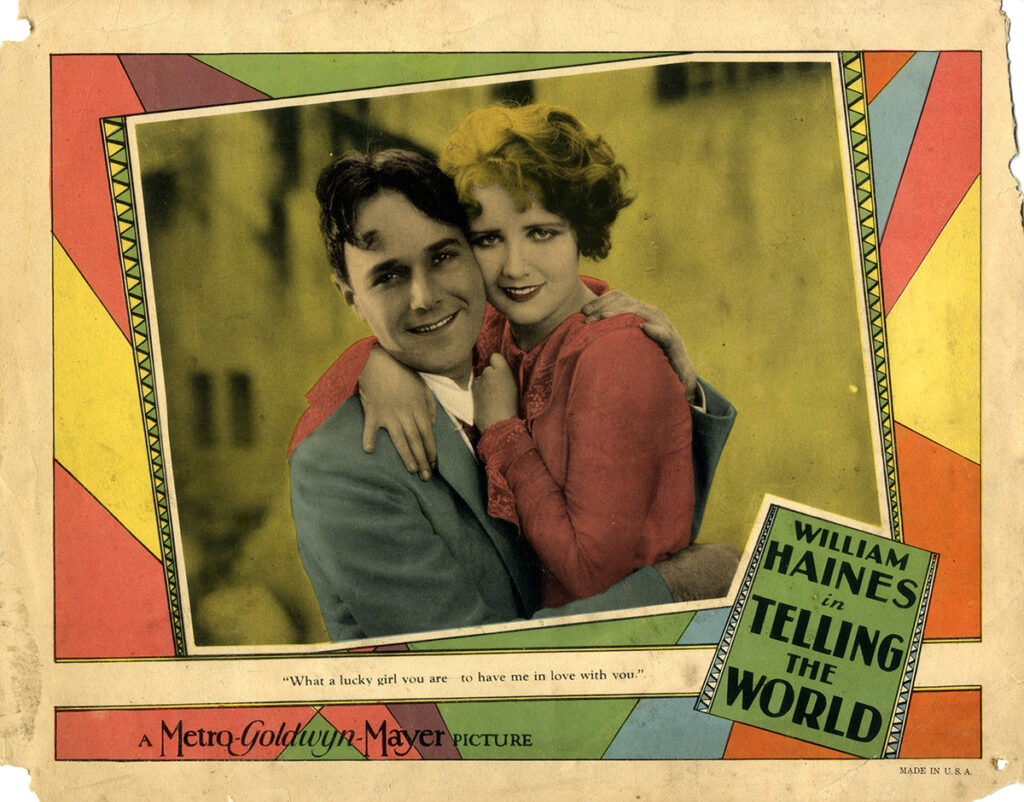 TELLING THE WORLD is a silent romantic film in which Haines co-starred with Anita Page.