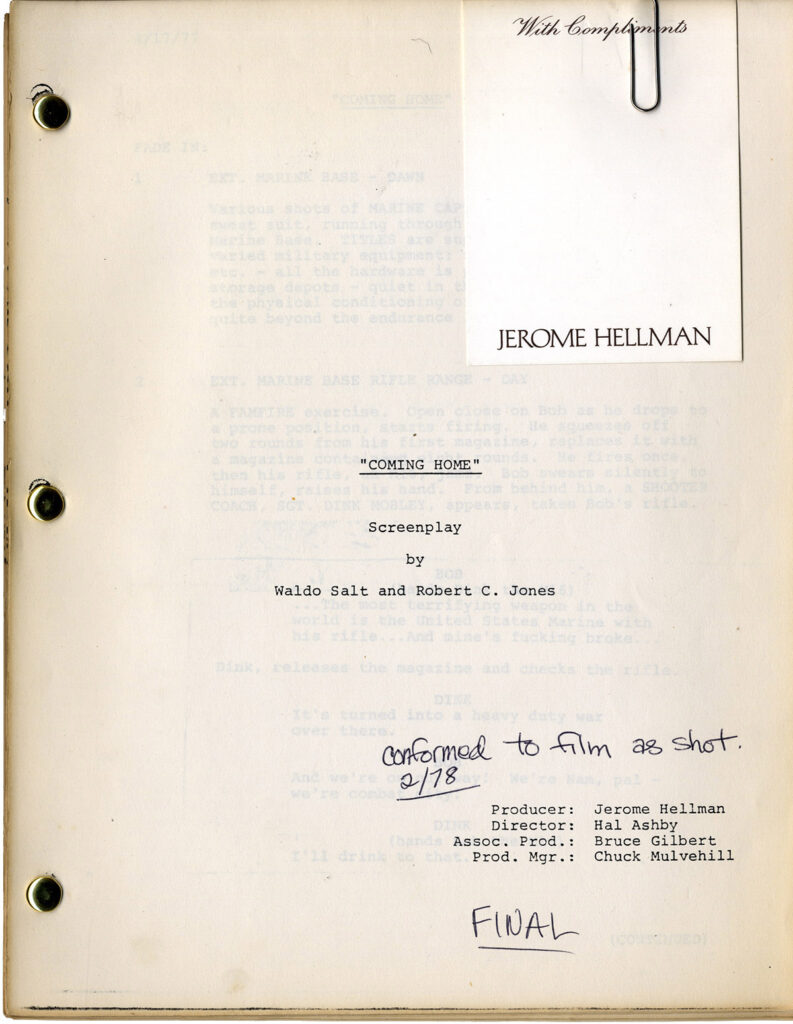 One of the classic films of the New American Cinema, COMING HOME is one of the first important movies about the ramifications of the Vietnam War. A woman (Jane Fonda) whose husband (Bruce Dern) is fighting in Vietnam falls in love with another man (Jon Voigt) who suffered a paralyzing combat injury there.