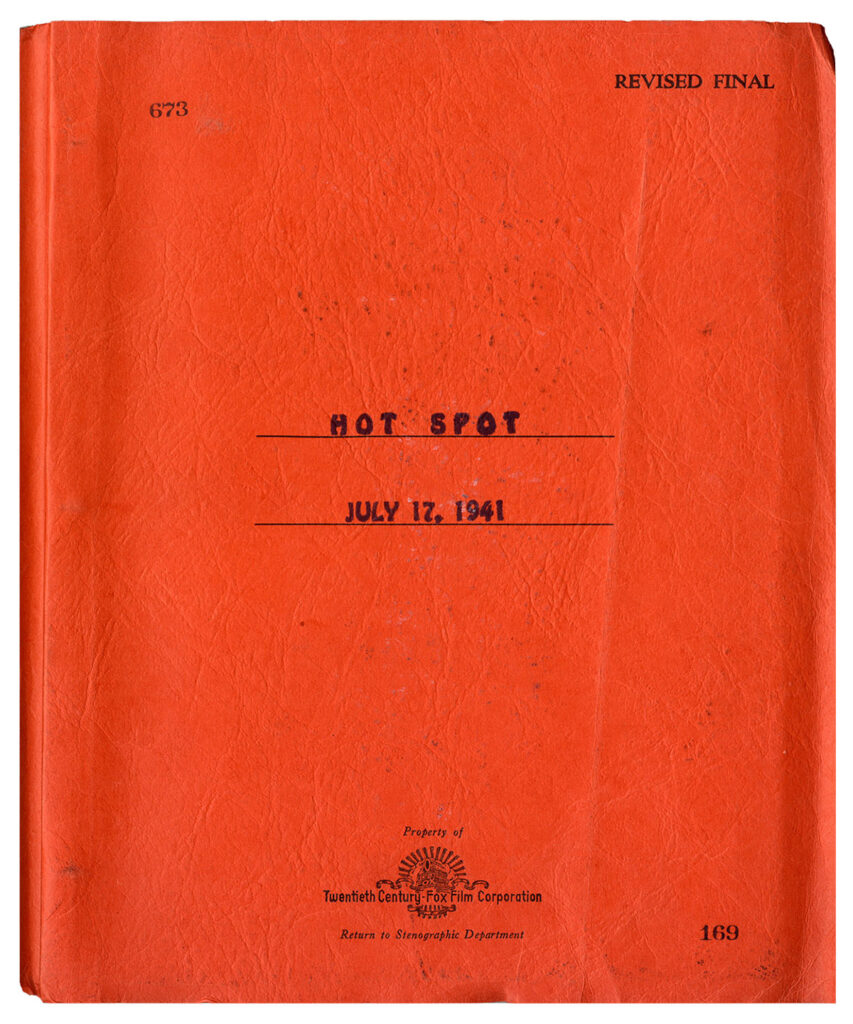 Steve Fisher’s novel Hot Spot is one of the classics of American crime fiction, and it was here adapted by Dwight Taylor to become one of the first major examples of film noir: I WAKE UP SCREAMING. With its intense black night time cinematography, it can be argued to be the first film noir to convey the distinctive expressionistic, haunted look that came to be so closely identified with these films.

After initially releasing the film under the title HOT SPOT, Fox retitled it to the more pulpy I WAKE UP SCREAMING.