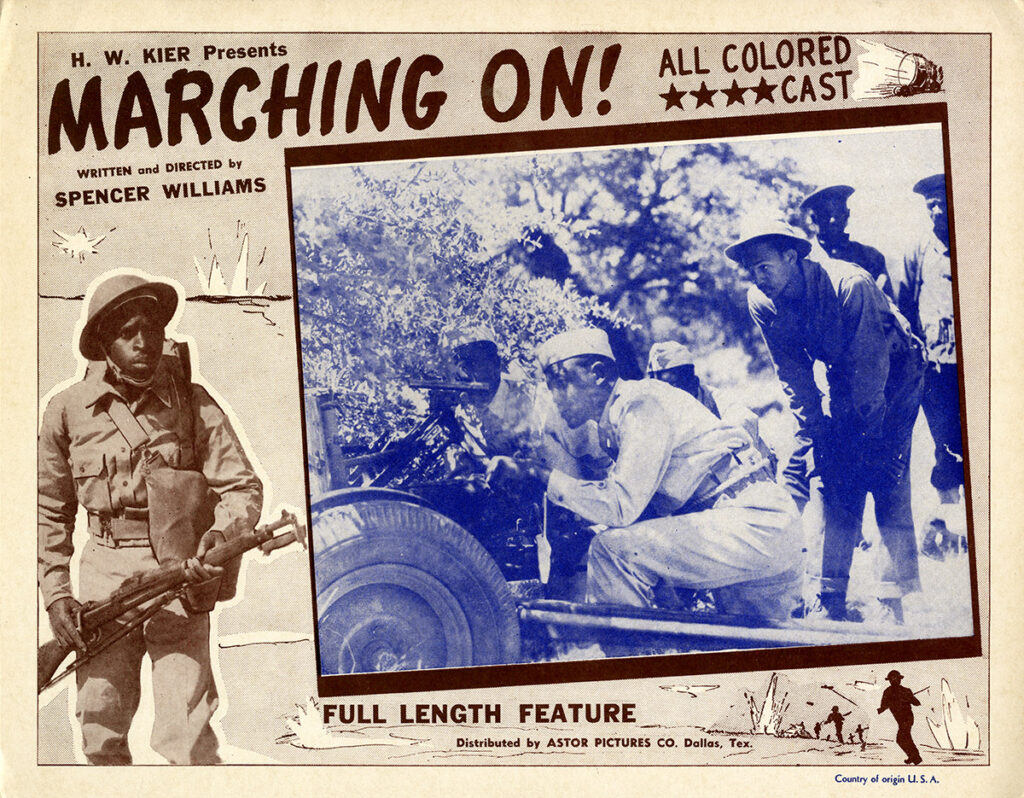 (African American film) Dallas: Astor Pictures, [1943]. Vintage original 11 x 14″ (28 x 36 cm.) lobby card, NEAR FINE. A Black cast film about a young African American who continues his family’s tradition of military service when he is drafted into the United States Army during World War II. Despite complications that arise during his basic training, including his jealousy following his girlfriend’s flirtatious attention to his sergeant, the young soldier becomes a hero when he locates Japanese saboteurs operating a radio station outside of his military base.

Director Spencer Williams directed a number of Black cast independent films during and after World War II, including this one.